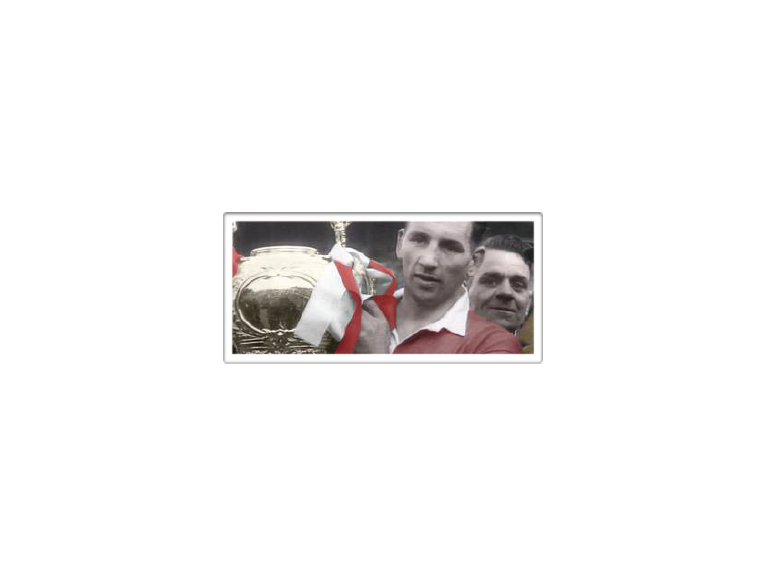 Face your past without regret, handle your present with confidence, prepare for the future without fear. Keep the faith and drop the fear, don't believe your doubts and never doubt your beliefs. If you are prepared to believe, you will achieve.

If you know anything about the history of Rugby League, then you will know that Salford Rugby League Football Club haven't always been the perennial underachievers.

Since our conception in 1873 as the boys of the Cavendish Street Chapel, we moved from our home in the Hulme district of Manchester across the River Irwell into Salford, and since 1879 we have worn the name of this ever-growing city ever since.

During our 140 year history, Salford have battled against the grain, facing more twists and turns than most clubs could ever stand up to.

Despite recent barren years, The Salford of old were once proclaimed one of the strongest teams in the country and became the first ever champions of Lancashire in 1893. Our past is one of guts and glory, Salford RLFC was home to many legends and pioneers of the sport. Harry Eagles, James Lomas, Gus Risman, David Watkins and the legendary Lance Todd and his dominant 'Red Devils' side of the 1930s. Many league fans lick their lips when they reminisce about the days of Brian Snapes' exciting 'quality street gang' of the 1970s.

Salford Rugby League has always been a club of hardworking people, for the working class people. We once had a ground that was atmospheric and steeped in Rugby League history, and the atmosphere from 'The Shed' would be one that would be feared from Leeds to Lorret.

As a club we have experienced every emotion possible, from joy to fear, tears of exhilaration to tears of devastation.

More recently, for the last thirty years we were kept alive by one man and his love for the club, despite looking like we were at the end of our journey we survived but by the skin of our teeth thanks to a man who truly knows what it is to fight for survival.

Dr Marwan Koukash is that man, a nononsense former refugee and now self made millionaire and horse race tycoon.

Now is the time for Salford to come out from the shadows and stamp our authority on the landscape of Rugby League once more. For too long we have been a home for mercenaries and journeymen, looking for one last payday but, it has to be said, at the supporters' misfortune.

However, I have a message for those who are thinking of pulling on the famous Scarlet Red jersey: NO MORE. This is our club, our team, our love and our passion. It's what we live for, we talk Salford Rugby, we breath and dream Salford Rugby. We yearn for the glory days to return, we listen to stories about 'The King' David Watkins, courageous captains such as Chris Hesketh and flying wingers who were revered throughout the game.

We put our faith in you, but not just you, we put our faith in a club that has been at the heart of a city that has always fought to retain its identity and integrity. The people of Salford are hardworking and passionate, but truth must be told, we are only passionate and loyal when that passion is returned and we are treated with respect and transparency.

Anybody with a sense of sensibility will realise that you cannot buy success. However, success isn't just about silverware. It is about self pride. If you can truly say 'I have given it my all' then that, in the eyes of a Salford supporter, is all we ask for.

When your agent calls you up and says "Salford are interested in signing you" for one moment don't think about how much you could earn, but take a moment to look up our history, look at the men that have shed blood, sweat and tears for the badge upon their chest.

Not only do we want hunger, passion and loyalty on the field, we also demand it off the field too.

Every single person that steps through the doors that display the name of The Salford Red Devils should give it their utmost.

Whether it be the Merchandise Manager, C.E.O or Programme Seller, we will work to the best of our ability. Salford is not just a sports team but an identity. One that will once more be respected and revered.

With change comes difficulties, and for the next few months, we will no doubt face difficulties and frustration. We are a club in transition; a jigsaw that is currently awaiting the delivery of the missing pieces.

Ultimately, under Dr Koukash Salford Red Devils will rise once more likea Phoenix from the flames, but as we know from pervious tenures, one man alone cannot carry the weight of this institute.

TOGETHER in unity every player, coach, man, woman and child must believe in the Salford vision.

Do not criticise and bemoan our position if you aren't willing to provide your support and make a difference. We need every single Salfordian who once claimed to have watched The Reds we need you to return. Every member of the back room staff, we need you to work harder than you have before and you will be rewarded.

Ultimately, my last message is to those players who bore the name of Salford Rugby League upon their shirt, this is my club, my love and life and the passion for thousands of other Salford supporters.

We may at the moment be few in numbers but we have a heart and passion that a million supporters couldn't match. Play for those who have worn the shirt and are now no longer with us; play for the young boy in the crowd who chooses to wear his Salford shirt to bed every night; play for the elderly gentleman who chooses to spend his pension so you can feed your family, and last but not least, chose to believe in our vision, our history and our heritage.

If you do all this, success and glory will choose you. Salford Rugby League Football Club is a passionate and loyal family, show us the passion and hunger and it will be your extended family for life.