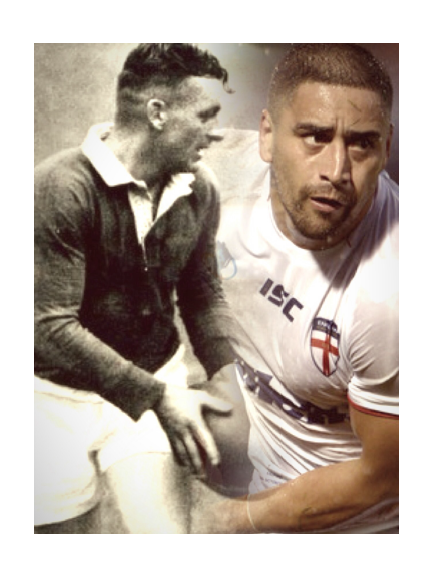 The Salford City Reds are no more, The Salford Red Devils have come home, under the ownership of Dr Marwan Koukash. Salford have undergone a period of transition not witnessed since the halcyon days of Brian Snape and his glorious 'Quality Street Gang' of 1974. Koukash, a Palestinian refugee, who after escaping a conflict-torn country to arrive in Britain in 1977 went on to become a lecturer at Liverpool John Moores University, and built his fortune after developing a global executive training company EuroMaTech alongside a successful worldwide property portfolio.

Koukash, a Horse Race tycoon, and his family - wife Mandy, daughters Layla and Lexi, and son Gabrial - have been proud advocates of the City of Salford since his takeover, personally attending the 'Taste of Red Devil' Open Evenings around the City over the Christmas period. And much like Hollywood Superstar and South Sydney Rabbitohs owner Russell Crowe, Dr Koukash isn't afraid to use his profile to promote the Red Devil brand. Former England international footballer Michael Owen this week tweeted he would love to sample a taste of The Devilution in 2014. Whilst Rugby League superstars Billy Slater and Sonny Bill Williams were both pictured enjoying a guided tour of Salford's now world class facilities.

Whilst The good Dr. has been turning the international world a shade of red and gold, Welfare manager and 90's Salford Legend Paul Highton has finally seen the club he loves shake of the shackles of mediocrity, witnessing at first hand a rags to riches story for his beloved club.

Highton, a loyal servant to Salford typically went the extra mile during the off season overseeing the arrival of world class equipment and facilities, now enabling Salford to boast the finest facilities in the league. Not only has Dr Koukash come through on his promise to change the ethos of the club he has spent thousands installing a bespoke gym built on sight at the Salford Stadium, a players lounge complete with flat screen TV, Rijo 42 coffee machines, indoor warm-up pitch and a physio team that is befitting of such an ambitious and now first class professional club.

On the field, Salford head coach and former Bradford Legend Brian Noble has been given an open cheque book which has stunned the League fraternity with the arrival of fourteen quality acquisitions from across the globe.

Unusually for Salford the strength in depth is strong, this being one area that Salford have previously suffered with.

2014 will herald the hundredth anniversary of Salford's first ever championship winning team of 1914, and the rebirth of a proud legacy. You won't want to miss the most exciting season ever. Salford Red Devils kick off their Super League campaign Live on SKY Vs Wakefield Trinity on Sunday 16th February at 3pm.