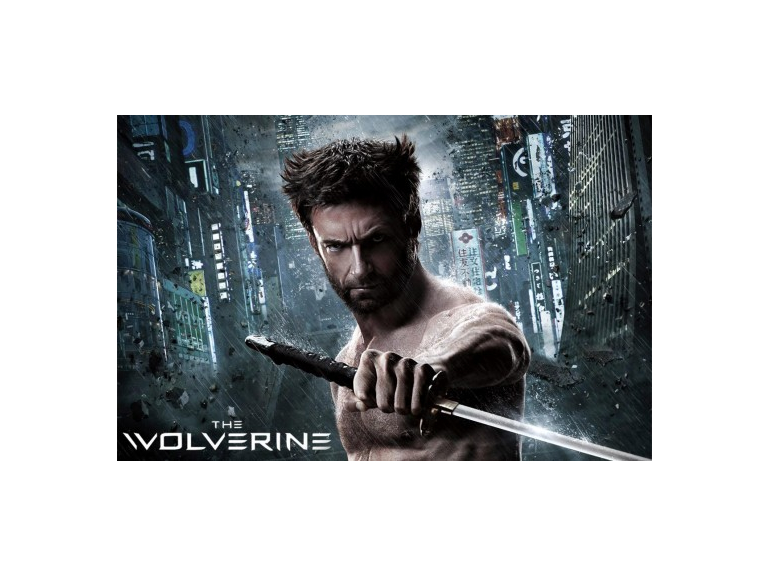 We begin in World War Two's Nagasaki with sirens blaring a stark warning of danger at a nearby military camp. Everyone is evacuating except four army captains, who are preparing to fall on their swords in defeat, dying an honorable death. Three of the captains take their own life without pause but the fourth hesitates and it is in this moment we find the perfect analogy for the fate of this troubled Wolverine film. Should the film fight on against odds and expectation? Or should it just accept its fate, falling on the sword of Hollywood failures like so many others?

Becoming the sixth film to feature in the X-Men universe, The Wolverine boldly chooses not to ignore the gaping flaws from previous X-Men films (I'm looking at you, The Last Stand) but instead embrace them and, in the process, attempt to right those wrongs. This Wolverine story is set after the events of The Last Stand, where an emotionally lost and guilt ridden Logan has exiled himself from society – punishing himself for his previous violent actions. Pretty soon Logan is whisked off to Japan for extremely tenuous reasons, and so begins his involvement in a very powerful Tokyo family – claws and all.

The story does offer a few decent twist and turns but the real draw for the film lies with Wolverine and Hugh Jackman's performance. For the first time, the audience is introduced to a vulnerable Logan. In a foreign country and stripped of healing powers that he relies upon so much – Hugh Jackman does a great job of balancing Wolverine's reputation as a fighting machine with a sense of exposure that the previous Wolverine film sorely lacked. Jackman has really made the character his, and it is hard to imagine anyone else filling the claws if Jackman were to move on.

On a side note, I think that it is in Hugh Jackman's contract with Fox that he has to be shirtless for at least a third of the film. For a movie that flirts with mature themes and storylines, it's disappointing that this prehistoric trope of movie making is continually being instilled in modern cinema. The action is very well directed for the most part with the exception of the final act, where the CGI gets a bit too much and hectic but there is a fantastic bullet train sequence that just has to be seen.

The Wolverine is at its best when it is pitting Logan against a, very well shot, Tokyo backdrop with multiple funny situations arising out of the good old fish out of water scenario. But it is within this backdrop that some problems arise. Everything that Wolverine interacts with in Tokyo seems very superficial, based on western ideas of Japan – Logan is called a Ronin (Samurai with a master) but this idea is never fully explored to be an interesting take on an already interesting character. Logan leaves Japan the same state as when he arrived (near enough) and it is unsatisfying to see that the vibrant culture on Japan hasn't rubbed off one bit on that old adamantium skull of his.

For the most part, The Wolverine succeeds where its predecessor failed. It gives the audience a story focused on the strength of the character rather than throwing heaps of unknown minor characters from the comics in the situation. A very good way to redeem the character and just in time for the next X-Men film (2014) that just wouldn't be the same without The Ol' Canucklehead on his best game.