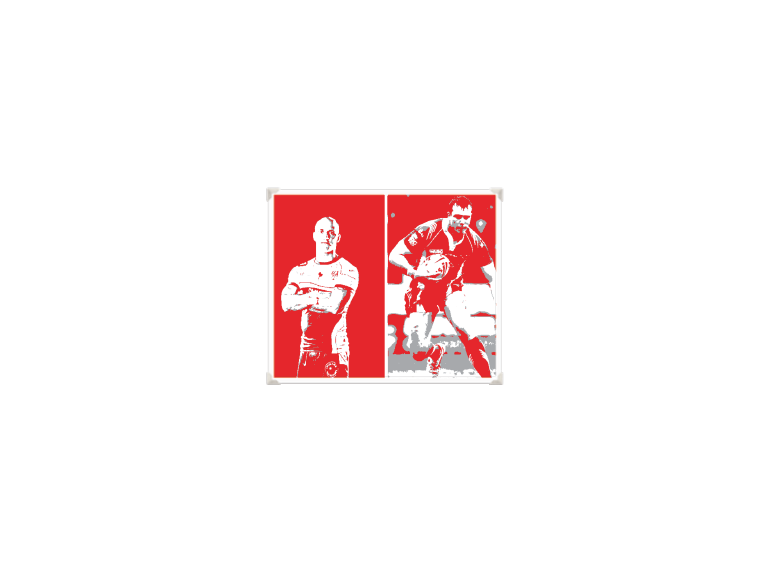 The improving Salford City Reds travelled to MS3 Craven Park in a determined mood after the week's basement battle victory over London.

Salford had a flying start when fans favourite Wayne Godwin charged over from dummy half to give the Reds a 10th-minute lead whilst Marc Sneyd added the conversion.

KR made a number of errors in the early stages but they were back on level terms nine minutes later after previous Salford target Cory Paterson was set up by a break from the Newcastle Knights-bound Michael Dobson who also added the extras.

Ex-Huddersfield Giant Graeme Horne then blew a chance to put Rovers ahead when he dropped the ball. KR were punished for this mistake as loose forward Stephen Wild crossed the whitewash for a second Salford try which was again converted by Sneyd.

The Reds were in a determined mood and another attack just before the half time interval resulted in forward Matty Ashurst collecting Theo Fages' precise kick to go over the try line. Sneyd added the goal to make it 18–6 as the interval hooter sounded.

Rovers hit back after the restart, Paterson again showing why he is wanted by The Reds with his second try of the game. Dobson's kick then made it 18–12.

It was the KR playmaker Michael Dobson, who took the game by the scruff the neck. He skipped through the Salford defence just after the hour before converting his own try to bring the scores level.

Dobson was again the thorn in Salford's side as four minutes later his pass was scooped up by Craig Hall as Hull KR too, the lead for the first time.The conversion was missed by Dobson this time but he was on target to seal the win with six minutes remaining after Aussie Travis Burns sliced through a weak Salford defence for a fourth unanswered Rovers try.

This week has saw more of The Reds rebuilding programme as Dr Koukash appointed Dave Matthews as his new Chief Executive. Former Banker Matthews replaces Kiwi Ed Farish, who left his role by mutual consent last month. Farish, who was formerly director of finance for Australia's NRL, was appointed by the Reds in February. Despite having no experience in Rugby League administration, Matthews has a wealth of experience in commercial marketing and finance and is relishing his role as Salford look forward to 2013:

"I am hugely excited to get going on what is a serious and sizeable task. There is enormous potential in the Salford rugby league club, and it is my job to ensure that we provide solid and innovative backup to the work Brian Noble and the coaching staff are doing on the field." – Dave Matthews

Salford and Head coach Brian Noble continue to strengthen for 2014 with a trio of signings. Salfordian Icon and Rugby League Legend Adrian Morley has penned a one year deal that will see 'Mozza' finally run out for his hometown team. Morley who has spent the last seven years at The Warrington Wolves expressed his delight at joining his childhood heroes:

"The decision to leave was not an easy one, but I am very proud of my Salford roots and felt the time was right to finish my career at the club I supported as a young boy"

Morleys capture has signalled a statement of intent and has proved invaluable as quality players now want to join the rebirth of the historic Red Devils. Salford supporters can look forward to an aggresive pack in 2014 as St Helen's and Exiles winger Francis Meli has also put pen to paper. Former NZ representive, Meli, joined Saints from Auckland Warriors in 2006 and has scored 376 points in 141 games. He is sure to make a formidable wing partnership with another of The Red Devils captures Junior S'au, who will be pulling on the scarlet red jersey after signing from NRL champions Melbourne Storm. S'au who has been described as 'explosive' by head coach Brian Noble has power and speed that will surely pull in the crowds in 2014.

With Salford still in the driving seat to seal the signing of Castleford half back Rangi Chase and Saints Powerhouse Tony Poletua, The City of Salford will most certainly feel the noise as The Red Devils are reborn.