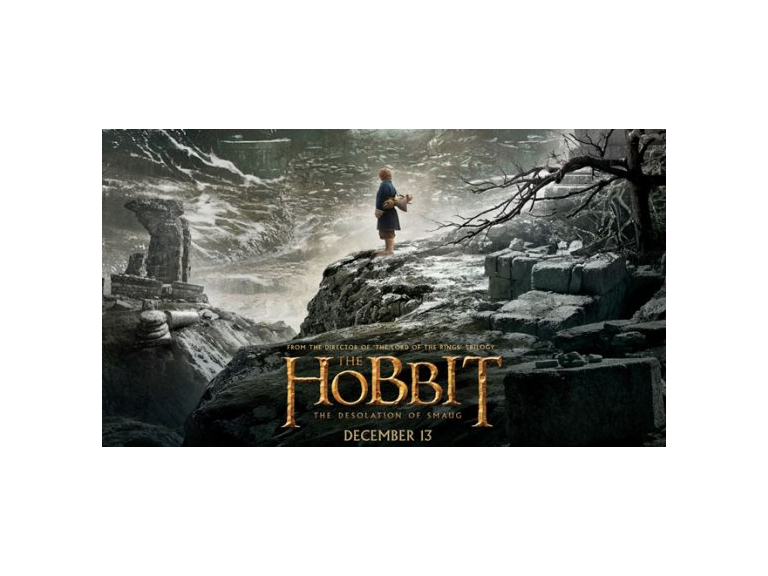 You would be hard pressed to find a more beloved film trilogy than Lord of the Rings. Lovingly crafted onto the big screen by Peter Jackson, Lord of the Rings wowed audiences and critics alike, which culminated in The Return of the King winning Best Picture at the Oscars. They were incredible and opened the doorway to a multitude of fantasy films.

Peter Jackson has now moved onto adapting The Hobbit into its own trilogy, and just like that we are given a ticket to return to Middle Earth. The first part of that trilogy, An Unexpected Journey debuted last year, but it didn’t really please fans with its slow pace and unnecessary cameos. Can Desolation of Smaug improve upon its predecessor?

In short, yes. Desolation of Smaug captures the magic of Middle Earth that we have come to cherish, in a way that An Unexpected Journey failed to do. At this point I feel I should tell you – go and see this movie, now. I promise you will not regret it.

Desolation of Smaug picks up where the last film left off, with 13 Dwarves, one Hobbit and one Gandalf, fleeing from a pack of orcs as they make their way to the Lonely Mountain. Audiences that have watched An Unexpected Journey will feel right at home, however the beginning can be jarring for someone new the franchise so I sincerely advice that you watch the first one before venturing to the cinema!

But no matter, where as An Unexpected Journey took 40 minutes to get into its groove, Desolation of Smaug sets off running 5 minutes in and doesn’t stop until the credits have started rolling. It is impressively pacey, always keeping the audience thoroughly entertained and never bored by the journey ahead.

Although, Desolation of Smaug’s fast pace keeps the audience entertained and engaged, the film suffers because of it. We are constantly zipping in and out of locations and plot lines that should have been given more care and attention – not really giving us time to breath and take in the wonders of Middle Earth.

And Middle Earth is a sight to behold. 12 years on from the first Lord of the Rings film and the fictional world that Jackson and Tolkien have crafted is still gorgeous to look at. You quite often catch yourself gazing at the beautiful scenery rather than the action, with the fantastical elements blending naturally with the real world. It is a world crafted with infinite amounts of care and attention, and I couldn’t get enough of it.

From looks to story, and it delivers for the most part as we trek through Middle Earth, as the company draws closer to the Lonely Mountain. However, Desolation of Smaug has the difficult task of being the middle film. The movie has to stand on its own two, hairy feet by its own merits which it fails to do as the start is jarring for newcomers and the ending is abrupt and feels more like a TV episode cliff hanger rather than a climatic conclusion to a blockbuster movie.

The star of the show is Martin Freeman (The Office, Sherlock) as he thrives in a role he was born to play, Bilbo Baggins. He brings charisma, charm and laughs to the iconic hobbit – stealing pretty much every scene that didn’t have Gandalf present. And how about that Sir Ian Mckellen? Sublime, as usual. It has to be said that Peter Jackson truly nailed his casting of Tolkien’s character masterpieces.

Most of the cast excels in their own way. For example, Middle Earth finally has a strong female character, Tauriel the wood-elf, who is fantastic in all of her action scenes and packs an emotional punch to boot! However, the same can not be said for the 13 dwarves with the majority of them not scoring speaking roles and just serve as slapstick humour as they blend into the beautiful scenery – more fleshing out was needed.

The action is fast, fun and furious with plenty of memorable moments to get you on the edge of your seat, the most memorable of which entails a chase down a river that will have you gasping, laughing and cheering – all at the same time! Not to mention the scenes with Smaug the dragon, voiced by Benedict Cumberbatch (Sherlock). Seriously, you need to go and see this film.

It may not be able to stand toe to toe with the almost perfect Lord of the Rings films but Desolation of Smaug is a vast improvement over its predecessor in this Hobbit Trilogy that is shaping up for one unforgettable final.