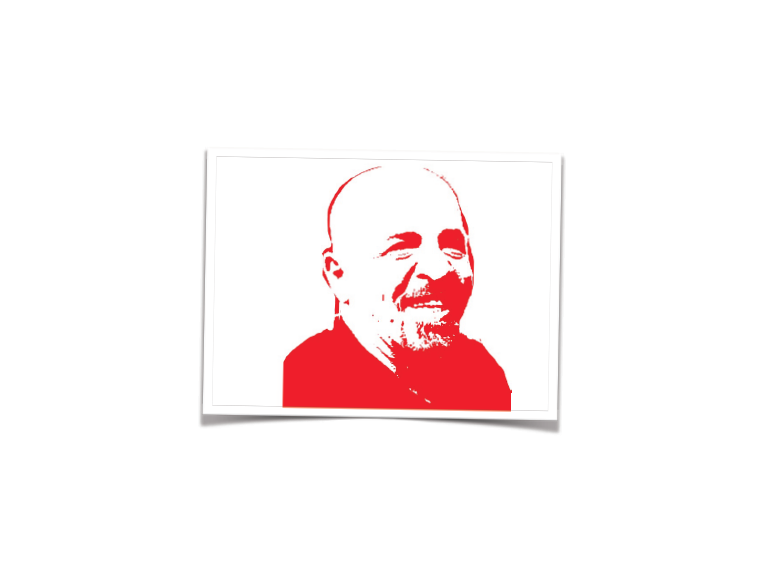 The City of Salford has always been a place of dreams. From the slums where dreams were achieved, inspirational Salfordian's such as Shelagh Delaney, Harold Riley and Sir Ben Kingsley to name a few, all toiled and strived to make a name for themselves in a 'Dirty old town'.

Some may think Rugby League is a game played by heroes. But you don't have to just be a hero on the field to find a story of survival and Inspiration off the field.

It may sound like the script from a Shelagh Delaney film, but far from being fiction, Salford City Reds owner and business tycoon, Marwan Koukash, has proven that with hard work and a pocketful of dreams you can achieve anything. As a nine year old and living in a small village with his siblings and mother in Palestine, the Koukash family were forced to flee their home as a civil war erupted.

Despite having no food and no shoes on his feet, Marwan and his mother walked for three days until they reached the safety of Jordan. After living in a refugee camp in Jordan for three years it was then in 1970 that the Koukash family became refugees again, relocating to Kuwait. It was in Kuwait that life changed for Marwan. In 1977 and thanks to the hard work of his Father, seventeen year old Marwan was able to leave Kuwait to study in England.

Despite his disadvantaged and brutal life as a refugee Marwan never allowed this to prevent him achieving his dreams.

Marwan not only gained an engineering degree in Liverpool, he then became a professor of Business & Economics, eventually becoming the founder and owner of global executive training company EuroMaTech.

It was only five years ago, that Dr Koukash first purchased a horse as a "bit of fun" instructing an agent he wanted one that would not finish last.

Tuftan was his first race horse and despite starting as a favourite and leading for the first twenty furlongs, Tuftan came last.

Ever the optimist Dr Koukash didn't allow this to dampen his enthusiasm and continued to put his faith in his stock eventually becoming the first ever race owner to have 100 winners in one year.

The Dr of life

It was whilst attending a Saint Helen's Rugby League match as a guest of RFL Chief Executive, Nigel Wood, that Marwan developed an interest for the game of Rugby League. After being impressed with the skill and speed of the game, Marwan instructed Wood to contact him if a Rugby League club was to ever become available for purchase.

As if by a twist of fate, In December 2012 Salford City Reds were facing extinction with debts of nearly £3million pounds. RFL chief Nigel Wood remembered the charismatic Kuwaiti businessman and contacted the good Dr to inform him that a north west club was seeking a buyer. It was in that moment the answer to thousands of Salford supporters prayers were answered.

After lengthy negotiations and what felt like a lifetime it was on January 31st that Dr Marwan Koukash was unveiled to a packed press room at The City of Salford stadium. As expected Dr Koukash has revitalised the profile of not only a club but a city that has been in the doldrums for over a century.

"No other club in the sport has the potential of Salford City Reds and I give a firm commitment to do all I can to help realise that potential. It will not happen overnight and I urge our fans to be patient as we set out on an amazing journey. My message is that the hard work starts now. I have not purchased Salford City Reds just to save the club. I have done so because I want it to succeed."

With not only a hunger for sporting success but also a desire to enhance community life, Dr Koukash has outlined his vision to not only put Salford on the sporting map but also as the number one destination for education and leisure.

Despite only being five months into his tenure as chairman of Salford RLFC and with The Reds currently languishing at the bottom of The Super League, I would advise you to keep the faith. If one man can make his latest dreams become reality, it is the boy from Kuwait who is already being proclaimed The King of Salford.