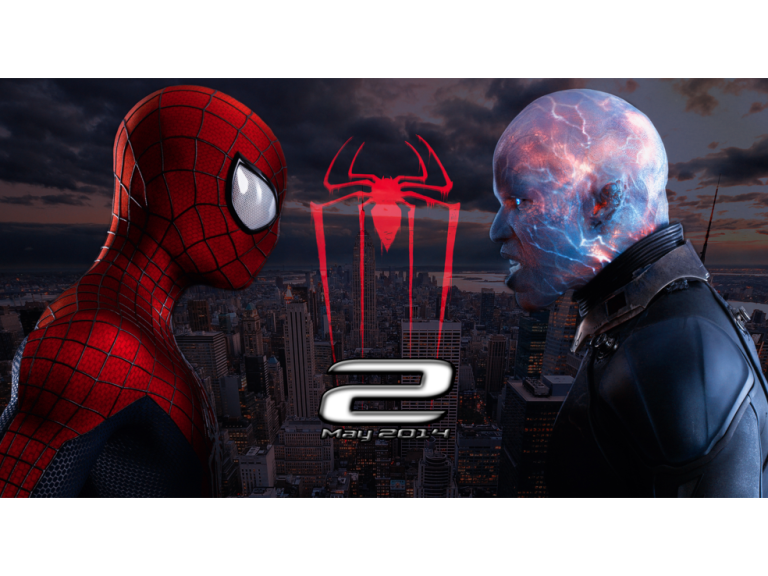 As the superhero genre grows within film, we are faced with a troubling problem – when are we going to get tired of these comic book films? It is the most profitable film genre at the moment and film studios are desperate to churn superhero film after superhero film because they are guarantees at the box office.

The Amazing Spider-Man reboot is one franchise that is in danger of feeding an audience over familiar themes and just giving us stories we have already experienced not 5 years earlier. I found it difficult to enjoy the first Amazing Spider-Man film, despite a fantastic brand new cast, because it felt too familiar to what has come before in the Sam Raimi trilogy. Can The Amazing Spider-Man 2 rise above its mediocre predecessor and become an enjoyable, new comic book film?

This time around, Peter Parker (Andrew Garfield) is settling in to his life as Spider-Man whilst trying to balance a relationship with Gwen Stacy (Emma Stone) when a new super villain arises in the form of Electro (Jamie Foxx) who is hell-bent on making Spider-Man pay. There’s nothing particular new or shocking about the storyline, it is pretty standard fare for a Spider-Man film – which is absolutely fine as The Amazing Spider-Man 2’s strengths lie within its fantastic cast of actors and spectacular special effects.

Andrew Garfield shines as Peter Parker and Spider-Man respectively, switching seamlessly from wise cracking wall crawler to some well-acted emotional beats with Peter. Emma Stone shows herself to be well worthy of the mantle of Gwen Stacy and Spider-Man’s girlfriend – giving an honest, sometimes funny performance. Both actors do fantastically to portray their respective roles but it is when they get together that the magic really starts to happen. The chemistry between Garfield and Stone is superb; creating a believable and realistic relationship on screen that makes us laugh just as much as it makes us cry.

Jamie Foxx commits totally to his role as a downtrodden and sympathetic scientist, Max Dillon, who, after a lab accident, is transformed into the powerful Electro. To really sell the transformation from normal citizen to super villain, the audience really needed to feel the tragedy of Foxx’s character and for the most part it is a success. I found myself buying into Max Dillon’s moral transformation even if I found myself questioning the quick amount of time it took to do so.

However, this is a Spider-Man film and you would feel hard done by if you left the cinema without experiencing some great action sequences with state-of-the-art special effects. I’m happy to say that The Amazing Spider-Man 2 doesn’t disappoint, treating audiences to a multitude of well-crafted and exciting action sequences that successfully showcase Spider-Man’s unique power set. The Electro and Spider-Man fight scenes are full of colour and fizzling electricity that have the perfect contrast to the night sky of New York City.

I really enjoyed The Amazing Spider-Man 2 with its genuine characters and dramatic moments that help tie the spectacular action sequences together. It is a much superior film to its 2012 counterpart even if it doesn’t quite reach the dizzying heights of the original trilogy. It might not be the best superhero film that you see this summer but Peter Parker’s latest adventure is well worth your time and money!