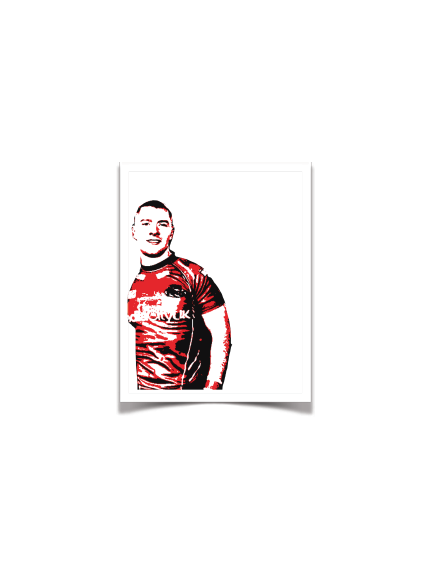 Salford hosted Leeds at The Salford Stadium with a plethora of regular stars missing through injury and suspension. Lacking the experience and talent of Broughton, Gleeson, Godwin, James, and Matty Ashurst meant Salford were always going to be up against it, facing a Leeds team that were hoping to pile the pressure on rivals Wigan in preparation for the play-offs in a months time.

Leeds also handed a debut to 17-year-old Elliot Minchella – the sixth Leeds Academy player to make his bow this year.

Despite the mismatch in class, the visitors didn't have it all their own way, Salford made an impressionable first 20 minutes, a shock given the Reds lowly position of 11th in the Super League table.

Leeds were held at bay until the 19th minute when the magical Rob Burrow broke through the Reds defence, passing to Sutcliffe who then provided a supporting Kallum Watkins a pass which saw him score in the corner.

Leeds living legend Kevin Sinfield as usual obliged with the boot to add the conversion. It wasnt long before Leeds were in again as England international and former Featherstone starlet Zak Hardaker's touchdown dazzled the Reds youngsters with a 40-metre weaving run to the line.

Fittingly it was Salford who scored next, when during a minutes applause for local girl Linzi Ashton, who was tragically murdered a month ago, former Leeds Centre Ashley Gibson pounced onto a Theo Fages' kick to that Marc Sneyd converted to cut the gap to only 6 points.

The Reds' joy was short-lived though with Burrow scooting 35 metres for a trademark solo try and Sinfield landing his third goal. Burrow then turned provider for forward Carl Ablett's on the 35th minute to put Leeds into a 24–6 lead at the break.

Salford's defence tired early in the second half with Ablett again bursting through and providing a pass for jet heeled Ben Jones-Bishop to score.

Salford refused to throw in the towel though when the ever impressive French star Theo Fages set up a try for Reds centre Lee Gaskell.

With 64 minutes played and the scoreboard showing 30–10 in favour of the visitors, the 3,255 crowd still cheered the Salford youngsters efforts.

Despite the game being over as a contest it was fans front runner for player of the season, Theo Fages that made the scoreline more respectable with a Salford try that was converted by Gaskell.

The final try of the night went to Leeds debutant Minchella who marked his first appearance in style with a try to seal another Rhinos victory.