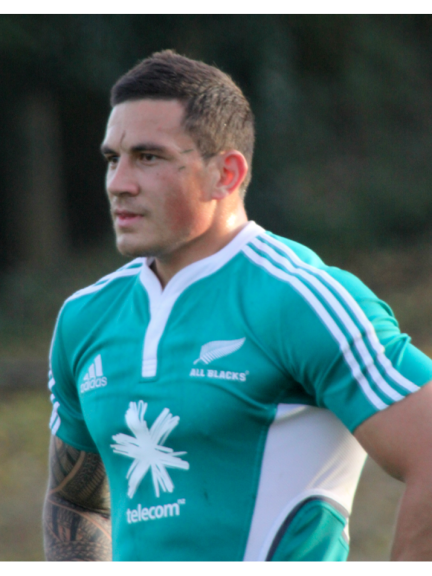 So that's it, the greatest tournament of all has come to an end. It was a glorious Saturday night when the penultimate match of the 2013 Rugby League World Cup came to an end. Surprisingly, it wasn't the battle of attrition the world was expecting as The Kangaroos, superbly led by Melbourne Storm Legends Cameron Smith and Billy Slater, trounced their deadly rivals and current World Cup holders New Zealand 34–2 in front of a sold out Old Trafford Stadium.

As the Aussies gave a master class in how to handle the big stage, the silver ferns never looked like threatening the Roos defence. The lack of contest from New Zealand was of great disappointment, as Kiwi superstar Sonny Bill Williams failed to show the type of form that had seen him pronounced the Rugby League Federation International 'Player of the Year', an award that no doubt sit beside his 2013 Sydney City Roosters NRL Grand Final winners medal.

It's no wonder the 28-year-old is the most sought after talked about Rugby player on the planet. Williams, a practicing Muslim and children's Charity patron has proved himself as an outstanding athlete and a skilful player in not only both codes but also inside the ring as a professional boxer.

Sonny Bill, one of the highest paid players of either code, reportedly earning a cool $1m a season, has declined to discuss his future once his Sydney Roosters contract expires in 12 months. For all those League clubs vying for his signature it will take one hell of an offer to persuade the man-mountain to abandon his dream of playing in another World Cup as he aims to be selected for the All Blacks in The Rugby Union World Cup 2015.

It's no secret that Williams has only 12 months remaining on his Sydney Roosters contract. The speculation of this thoroughbreds' next move has reached fever pitch, and if anybody knows the calibre of thoroughbreds it's race horse magnate Dr Marwan Koukash. Talking to me (@MsCityRedGirl), Koukash reveals his plan is to revolutionise the Salford Red Devils and turn our once great club into a League powerhouse.

Where there is a dream, there is also reality and for Koukash the reality of the Super League salary cap is beginning to thwart his plans of building a hellish team of superstars at The Salford Stadium. Koukash is vociferous in his wish to see the RFL remove the current salary cap so that the sports greatest players can be showcased on this side of the hemisphere.

Speculation about Salford having the chance to land such a superstar were given more credentials when Dr Koukash tweeted about his meeting with the Kiwi Superstar and his agent the day after the World Cup Final - when Salford hosted a Red Devils Day down at the Salford Stadium:

"@drmarwanK: @SonnyBWilliams Mate, was great meeting you today at last. See you soon"

I have a feeling that Dr Koukash will move heaven and earth to try and entice "the greatest player in the world" to swap the beaches of Bondi for the docks of Salford 2015. For Salford supporters the highway to hell is getting even hotter, no doubt about it. If it happens, Sonny Bill would be the greatest capture in Super League history, and if there is one man who likes to prove his doubters wrong, it's Dr Marwan Koukash.

Follow Dr Koukash on Twitter @drmarwanK, and see what the fuss is about by following Sonny Bill Williams @SonnyBWilliams