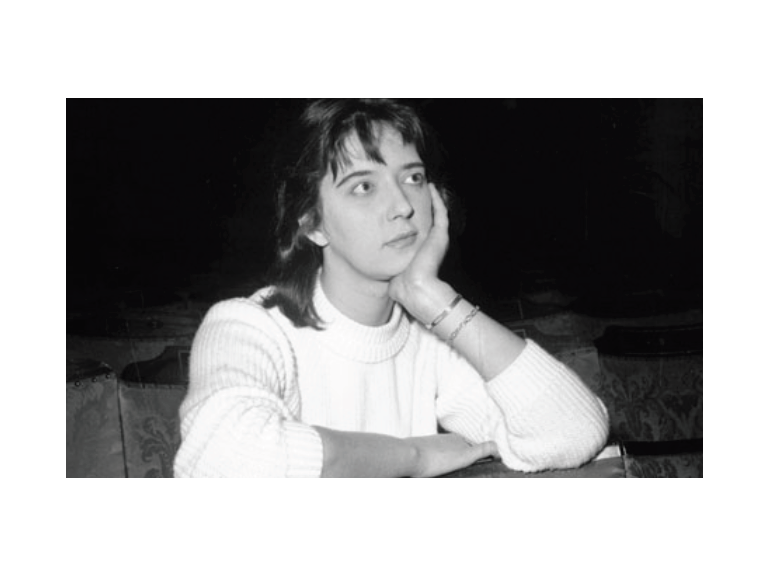 "She is nearly six feet tall, with the poised, rangy figure of a dancer or a Californian tennis player, has hazel eyes and dark hair, worn in a style she cannot classify, though it could be Italian."

Shelagh Delaney's contribution to the world of theatre, and more importantly to the world's perception of the much maligned 'Dirty Old Town' of Salford, could never really be appreciated until her death on 20th November 2011.

Shelagh was born on November 25th 1938 (her daughter, Charlotte, has clarified it was 1938 and not 1939 as previously stated) into a working class family in the industrial City of Salford, Lancashire. Her father worked on the buses and her brother was an apprentice engineer. They lived on Hartington Street, Orsdall, until she moved to the Duchy Road area of the City aged 8.

Shelagh attended Broughton Secondary School and later Pendleton High School for Girls. Described as a precocious young woman with a keen eye for detail and a gift for naturalistic dialogue, this observant socialist showed wisdom far beyond her years. Despite her obvious talent, Shelagh failed her 11 Plus exams and left school aged 16 with no special qualifications. It was whilst working at a local engineering firm that she watched a Terrence Rattigan play called 'Variation on a Theme'. Having sat there squirming in her seat, disappointed by its deadly dullness about a much-married elegant socialite and a young ballet dancer, and witnessing this unrealistic storyline and social snobbery that Delaney proclaimed she could do better, and she did just that. It was within a fortnight that Shelagh had penned the story that would not only define her but also bring a stunningly honest portrayal of working class life and social taboos alive. Scripts that played out on her doorstep daily and a life that she found so fascinatingly endearing.

Her debut 'A Taste of Honey' started out as a novel, but Delaney confessed that it barely got started and she got distracted from it; "I was too busy enjoying myself, going out dancing. I wasn't getting very far with the novel and I suddenly realised I could do a play better."

When 'A Taste of Honey' was staged by the Theatre Workshop in May 1958, it hit the theatre world like a jolt. The shock that an 18-year-old lass born in Salford, a part-time usherette at the Manchester Opera House and one time clerk in a milk depot, could produce a piece of theatre so funny, dramatic, current, heart-felt and important knocked British theatre off its axis. 'A Taste of Honey' set in Delaney's native Salford tells the story of Jo, a teenage girl abandoned by both her vivacious mother and her sailor lover, a black man who leaves her pregnant. An unlikely companionship emerges with her homosexual friend Geofrey, the only one who provides solace, love and friendship.

Shelagh believed her work deserved a greater platform and set about touting her debut. It was through the eyes of the radical but admired Joan Littlewood of the Theatre Workshop at Stratford, East London, who was described by Shelagh as 'one of the most important people in my life', that brought 'A Taste Of Honey' to life.

The play which debuted in 1958 was controversial for it's morally complex but realistic depiction of life and social taboos. The first performances by the Theatre Workshop were well received, and the influential critic Kenneth Tynan became one of her champions; "Miss Delaney brings real people to her stage, joking and flaring and suffering and eventually, out of the zest for life she gives them, surviving."

It's not unusual now to see plays with sympathetic gay or black characters, or unmarried mothers, and this is why we need to be reminded just how revolutionary 'A Taste of Honey' was. It featured characters and situations no one had expected on a stage. People bickering and swearing. Scandalous!

'A Taste of Honey' was a long-running success in London's West End and later opened in New York with the Broadway production racking up more than 300 performances.

Due to the stage success, Delaney was bestowed the Charles Henry Foyle Award for best new play and an Arts Council England bursary. In the same year, she sold the film rights for £20,000, what was back then a considerable sum. The film, which she scripted with respected director Tony Richardson, and starred Rita Tushingham as Jo, Dora Bryan as her mother and Murray Melvin as Geoffrey, was released in 1961. It won four Baftas, including Best British Screenplay and Best British Film. Tushingham won a Bafta for best newcomer.

After the success of 'A Taste Of Honey', Shelagh released a book of her short stories, 'Sweetly Sings the Donkey'. Gradually she began to move towards film and television rather than the stage, a transition which she said was fine when it worked, but it often didn't. Her screenplay for Lindsay Anderson's film, 'The White Bus' (1967) dealt with an enigmatic young girl from the north who retreats from her disastrous office life in London to view her home town as a visitor on a sightseeing bus. She also wrote 'Charlie Bubbles' (1967), starring and directed by fellow Salfordian icon, Albert Finney. Her television plays in the 1970s included, 'Did Your Nanny Come from Bergen?', 'St Martin's Summer' and 'The House That Jack Built', a six-parter for the BBC in 1977 that was subsequently staged in New York.

In later life, Shelagh continued to write material. The radio plays 'So Does the Nightingale' (1980) and 'Don't Worry About Matilda' (1983), received high praise. Unsurprisingly, but deservingly, Shelagh was made a fellow of the Royal Society of Literature in 1985.

In 1987, her debut work went on to gain greater attention when lines from 'A Taste of Honey' were adopted in lyrics by the much Salford-influenced band, The Smiths. Shelagh even went on to feature on the cover of the group's cult 1987 single 'Girlfriend in a Coma'.

Delaney had further success with her screenplay 'Dance With a Stranger' (1985), based on the life of the notorious Ruth Ellis, the last woman to be hanged in 1955 for shooting her lover. The film was directed by Mike Newell and starred Miranda Richardson as Ellis. Delaney's subsequent work included the films, 'Three Days in August' (1992) and 'The Railway Station Man' (1992), as well as the radio plays 'Tell Me a Film' (2003) and 'Country Life' (2004).

Fifty years on, in 2008, the Royal Exchange theatre in Manchester celebrated the anniversary of the stage production by revisiting Shelagh's contemporary classic, directed by Jo Combes. The casting was excellent with the pivotal role of Jo, the feisty, pregnant adolescent, convincingly played by Jodie McNee. The humour of the play was superbly delivered during scenes of verbal sparring between Jo and her self-obsessed mother played by Sally Lindsay. Helen is a gem of a role and Lindsay seizes every opportunity, flitting from coarse to conniving and caring in a matter of moments.

Despite her long, distinguished career Delaney continued to be remembered as the writer of 'A Taste of Honey'. Aged 73 and after a long battle with breast cancer, Shelagh passed away on November 20th 2011.

Charlotte Delaney, Shelagh's only child, gave a glimpse into what her mother was like: "When she was dying, she told me she was glad she was leaving it behind, this body of work. But the truth is that if she had been alive, she wouldn't have said yes (in reference to the continuance of 'A Taste Of Honey' Productions), not even to the National Theatre. She just didn't like the attention. My mother was a good friend, loyal, and a fabulous grandma. She was always playful – she never lost that – and she never had her head turned by fame, not even after Katharine Hepburn took her for a drive in Spencer Tracy's car. She was a socialist. She could talk to anyone, no matter who they were: Ringo Starr, or her mum's neighbour. She was infuriating, she was adventurous...she was a renegade."

Although 'A Taste Of Honey' vividly evokes life in northern Britain in the fifties, it remains pertinent of life today. Its observations of dysfunctional families and the breakdown in parental care remain so tragically poignant, much like the ever-evolving and colourful Salford of today. Shelagh Delaney was funny, clever and humane, but with a dark shadow of desperation lurking, showing unselfconsciousness, wisdom and the determination not to be tethered, she was a free spirit with a wonderful way with words and this is why I propose that the City of Salford, home and birthplace to this amazing dramatist and screenwriter, should make November 25th, 'Shelagh Delaney Day'.