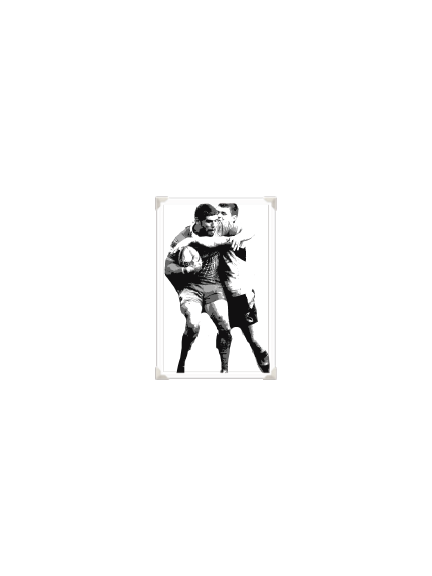 Salford returned to action in The Super League after The Challenge Cup break to face the formidable Catalans, looking for revenge after being dumped out of the quarter finals by the black and whites of Hull FC.

Salford and head coach Brian Noble were looking for their first home win at the Salford City Stadium since April. On a glorious summers night it was Salford that struck gold first when former Saint Andrew Dixon went over in the corner which was converted by Marc Sneyd with only four minutes on the clock.

Dixon's score was the only one of a tentative first forty on both sides as the Dragons struggled to break down a resolute defence. The ever improving Lee Gaskell almost put Salford further ahead when he was held close to the line. The Reds (without a win in their last three home matches against Bradford, Wakefield and St Helens) looked determined to gain revenge for the 40–6 defeat from Catalans back in February.

It was Salford who again struck first after the half time break as winger Danny Williams was fed by centre Ashley Gibson to extend the Reds' lead to 10 points, but it was short lived as former Reds target Elliot Whitehead sliced through some soft defence soon after.

With both sides refusing to give an inch it was the evergreen Stephen Wild who sealed the victory after latching onto a good kick by Marc Sneyd to hand the Reds a much needed victory. With the end of play approaching, Remi Casty added a reply for the Catalans. Whilst French referee Thierry Alibert placed several players on report as a mass brawl broke out involving Darell Griffin, Ian Henderson and Lee Jewitt who now await an appearance at the RFL judiciary panel.

"The players have come in for a lot of criticism but we dug this one out and our pride was intact. We snatched defeat from the jaws of victory in our last match at Hull KR but this was a really determined show.

We lost Martin Gleeson early on with a dead leg and Matty Ashurst couldn't go back on with a shoulder injury.

If we had executed a bit better on attack we could have scored more points and we made it hard for ourselves at times, but our defence was strong and that was vital." Salford coach Brian Noble