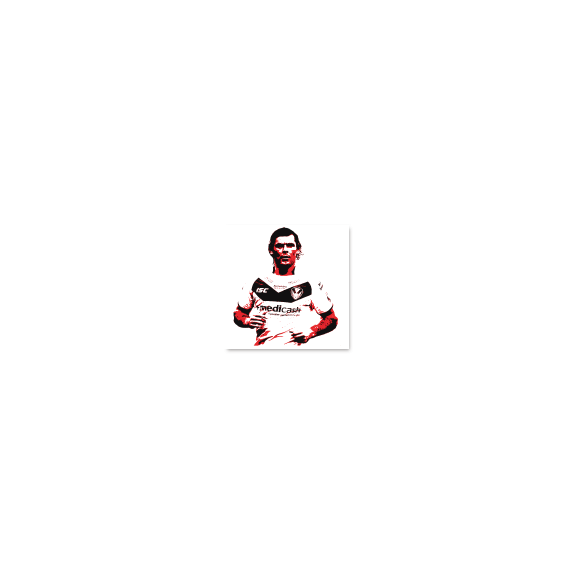 It was another heavy defeat for Brian Nobles' Reds side as they conceded 9 tries against Saint Helens who went on to record a 52–10 victory.

This victory ensured Salford remain rooted to the bottom of the Super League, whilst Saints climbed to 7th in the table.

It was ex-Red youngster Jordan Turner who impressed for the visitors plundering 2 tries that left his coach, Aussie Nathan Brown, purring.

"Jordan has speed, is big, has great hands and makes his winger look good. He has worked hard on his defence and is continuing to improve. He is a fine young player." Nathan Brown

Despite the scoreline Salford showed improvement and were in the contest up until the 50th minute. In the first half The Reds kicking game was the best the Salford supporters had seen all season. Lee Gaskell, the on-loan Saints halfback, delivered some clever field play with the ball that kept Saints penned inside their own half, whilst the young Frenchman Theo Fages caused early problems with his teasing attacking style.

It was Saints that broke the deadlock as Jordan Turner scored on the 17th minute, they then followed it up with a second try from powerhouse Willie Manu who barged through some weak tackling just 3 minutes later to touch down.

Salford replied positively and on the 24th minute gave another lowly crowd reason to cheer as former Saint Martin Gleeson dummied his way through to make the score 6–10. The Reds continued to hold firm and The Salford crowd appeared optimistic that it could be one of the Reds' annual 'scalps'.

Despite a positive defensive effort, The Reds were dealt a blow, as on the stroke of half-time, Gareth O'Brien was awarded a penalty in front of the posts which he had no problem converting, adding to his two earlier conversions.

As so often this season, the second half brought about a Salford capitulation despite a Jodie Broughton score and Sneyd conversion.

The ever fragile Reds' defence allowed Paul Wellens, who was playing his 450th game for the Saints and is linked with a move to Salford next season, to score a superb try under the posts after swatting away Adam Walne.

After that point Salford completely switched off and Saints romped home. Johnny Lomax got lucky as his kick rebounded kindly off Theo Fages' head that he then regathered and sprinted through to score.

Saints continued to cut Salford as Turner scored his second, Anthony Laffranchi burrowed over, Lomax provided Meli with a perfect pass to go over in the corner, O'Brien's touchline conversion going over off the post.

To rub salt into the already gaping wounds, Meli was given acres of space to go over for his second and Josh Jones gathered a loose ball to bring up the half-century late on, O'Brien's final goal finalised another hammering.

"I do think the scoreline flattered St. Helens a little bit and I don't think, in the main, our fans will be too dismayed this time because the players have had a dig. We need to improve for next week and get ready for a really big game down in London." Brian Noble