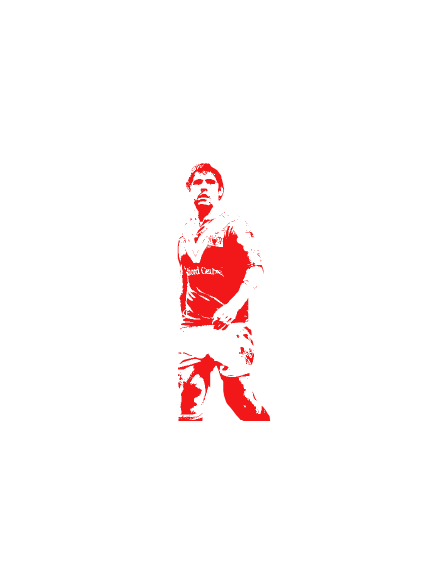 The Reds faithful are back at The Salford City Stadium after the Challenge Cup break and are hoping for a first home win since the controversial defeat of Castleford at the end of April.

Despite sticking with the same squad that were defeated in the last game away at Hull KR, Salford this week released former manly half back, Liam Foran, only 6 months into a 3 year contract, and it looks likely his teammate and Reds forward, Vic Mauro, will also be given an early release as Salford head coach Brian Noble looks ahead to 2014.

"Just want to thank the Salford boys, great bunch of lads, wish them all the best for their careers and for the rest of the year! I'm off on Friday, as you know - one door closes and another one opens, one that makes me more hungry to succeed! Thanks to the fans for their support." @LiamForan7

Despite Salford finding themselves second from bottom of The Super League, plans for 2014 continue to pick up the pace as Dr Koukash claims he is near to finalising terms with Castleford for their star man and former 'Man of Steel' Rangi Chase. Koukash has also stated that Salford have made a formal bid for Canterbury Bulldogs star forward Frank Pitchard.

Whether or not this transfer comes to fruition will remain to be seen, but until then the Salford supporters deserve something to celebrate on the field in 2013 after another disappointing campaign in both the Super League and Challenge Cup.

The Salford team welcomes back Reds' long serving forward Lee Jewitt, who makes only his second appearance after surgery on a foot injury sustained against Gloucester All Golds back in May.

Catalan visit the Salford stadium on the back of a tough home defeat at the hands of Hull FC in last weekends' Challenge Cup Quarter Final. Catalan who's inspirational loose forward and league legend, Steve Menzies, this week confirmed his retirement at the end of the year.

The Dragons welcome back ex-Bradford Bull and previous Salford target Elliot Whitehead. Whilst Julian Bousquet, the forward who was sent off for a vicious late tackle that left Salford's French halfback Theo Fages unconscious when the sides met back in February at The Stade Gilbert Brutus, is serving yet another ban. Brent Webb, Olivier Elima, Louis Anderson and Jason Baitieri all remain on the treatment table. Leon Pryce, Damien Blanch, Mickael Simon and Jamal Fakir have all dropped out of Catalan's 19-man squad.