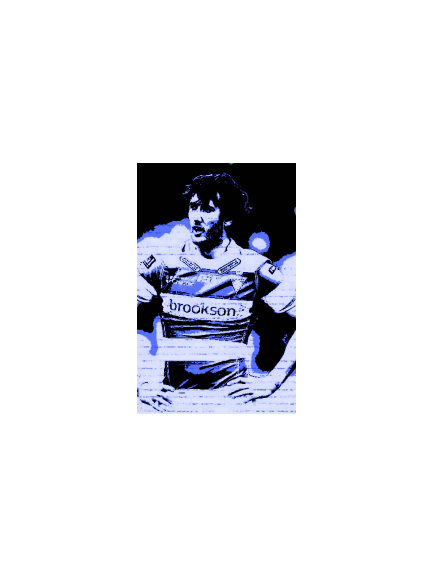 It was another huge defeat for Salford at the hands of a Warrington side who had only 4 weeks previously hammered the Reds 52–6 aside in The Tetleys Challenge Cup.

The Wolves kept the pressure on Wigan and Huddersfield at the top of the table with a 68–10 mauling of the Reds at the Halliwell Jones Stadium. The Wolves took no pity on the lowly Reds, opening the scoring on the 3rd minute as impressive hooker Mickey Higham lay the platform for Wolves forward Ben Westwood to crash over the whitewash. His second came 2 minutes later after a Simon Grix brake up the middle was passed to the right for the big second rower to crash over.

It was a hugely embarrasing first 40 minutes for the travelling Salford supporters as Winger Joel Monaghan, and forward Ben Currie also crossed the whitewash. The Reds only try of the first half was scored by Winger Jodie Broughton. Broughton showing great footwork to side-step opposition winger Joel Monaghan on the outside flank. Despite conceding Warrington held a 28–4 lead at the half time hooter.

The Wolves stepped up their attacking potency after the interval, running in a further 6 tries.

Ex-Reds favourite, Stefan Ratchford, got in on the act. A swift break by another former Red, Richie Myler, released Ratchford who raced through for a self-converted try. Winger, Joel Monaghan, added his second, then quickly followed by a Myler touchdown. The Reds went from bad to appalling. As an onlooking Dr Koukash swapped the comfort of the Directors' box to stand with the Salford supporters in the away terrace.

Ben Westwood went on to complete his hat-trick, whilst the route was continued with further scores from Chris Riley and Michael Monaghan. Salford did manage to score a late consolation try when centre, Lee Gaskell, touched down. Normal service was resumed in the dying seconds as long serving hooker, Mickey Higham, went under the posts and the last word went to former Reds idol, Ratchford, who kicked his 10th conversion of an impressive afternoon.