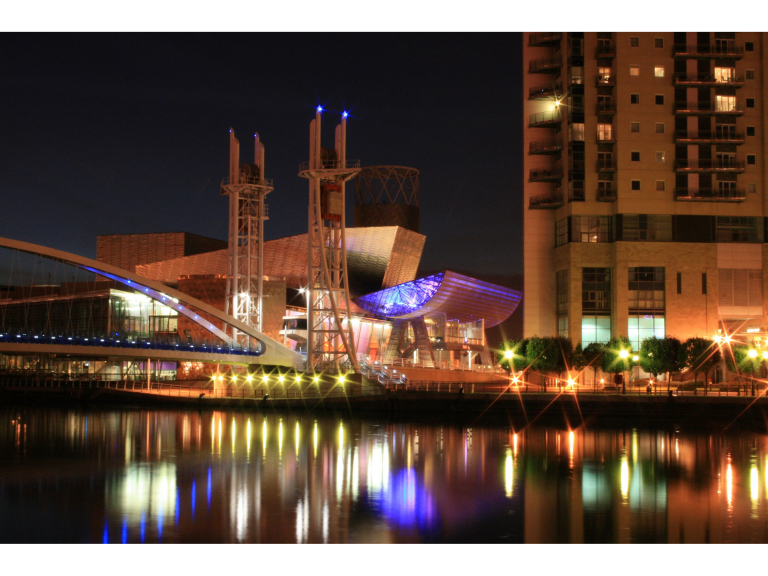 One Year of MediaCityUK!

There has been a new buzz around Salford over the past year, as BBC’s MediaCityUK was born and continues to grow, and Granada also prepare for a move up to the city. This time last year, the first lots of BBC staff began to arrive at Salford’s new media hub, with Blue Peter staff even arriving in a Royal Navy helicopter! This move to Salford by the BBC was celebrated with a host of special events in 2011, including the ‘Philharmonic Presents’ Festival in June, and a live show of ‘Football Focus’ by BBC Sport in Salford Lads Club.

The Queen’s visit to Salford in March, which many will remember, marked the MediaCityUK buildings as officially open. A year on this television and radio broadcasting hub has been joined by over 2,000 staff, and there are still more to come! By September the BBC should be joined by ITV, who also plan to make the nation’s favourite soap, Coronation Street, from a Salford base in early 2013.

Salford is fast becoming the most exciting new home of broadcasting media, watch this space!