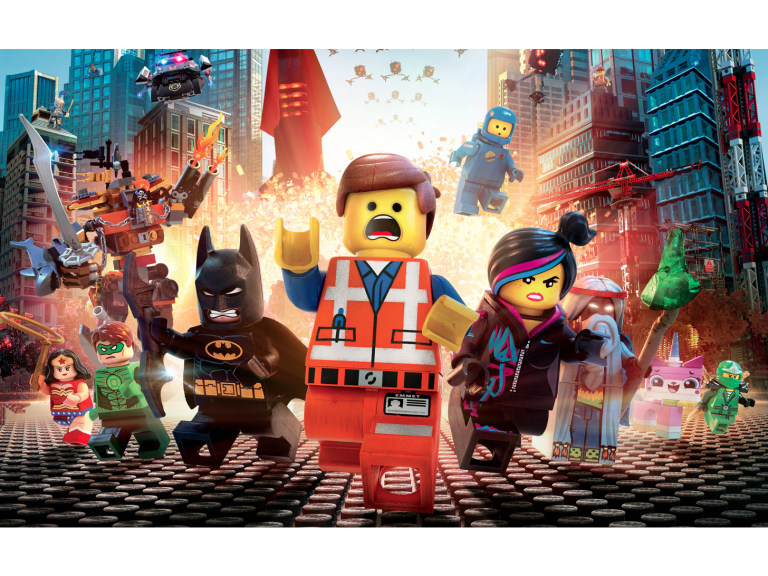 It seemed like the logical step. In an age of subtle marketing and in your face advertising, it was only going to be a matter of time before we saw a film based on Pepsi or a Battleships Movie (Oh wait). LEGO is a universal brand enjoyed by kids and adults alike but would it be able to transfer its accessibility and fun onto the big screen?

The short answer, yes. LEGO Movie is a fantastic display of great animation, charm, wit and heart that would leave most other films shaking with jealousy. LEGO Movie rises above being a 90-minute advert for the product and delves into what Lego means, to both adults and their children.

The plot is pretty straightforward, with an ordinary LEGO minifigure, mistakenly thought to be the extraordinary MasterBuilder, is recruited to join a quest to stop an evil LEGO tyrant from gluing the universe together. It is a story that leaves so much room for the writers, directors and cast to have so much fun with the material and quirky nature of premise.

The LEGO universe has been fully realized for the film with a multitude of different realms that each reference famous LEGO sets or locations. We travel from the big city, to the Wild West, to “Middle Zealand” and finally to “Cloud Cuckoo Land”. Each location is beautifully rendered in the LEGO bricks we have come to love and cherish, and each have their own fun, distinctive personalities that come across really well on screen.

If you are looking to create a successful film (or possibly a franchise), you are going to need some great acting talent to work with your source material. LEGO Movie does not disappoint, boasting a cast of Will Arnett (Arrested Development), Elizabeth Banks (Hunger Games), Morgan Freeman, Liam Neeson, Will Ferrell and the main character himself - Chris Pratt who plays the lovable but stupid Emmet.

The voice work is fantastic with the changes from comedy to “drama”, seemless and believable. Each character has their moments, including several scene-stealing moments from Batman himself (voiced by Will Arnett) as this weird, funny and lovable cast come alive. It is worth noting that although there are plenty of fantastic cameos from famous minifigures, the main focus still lies upon the original characters created by the writers – except from Batman, but you can never have enough Batman, right?

What really surprised me about LEGO Movie was how genuinely funny the film actually was. It is a film that can be easily enjoyed by both adults and children, with plenty of jokes for all demographics. I found myself laughing alongside the children in the theatre as well as some jokes that went over most of the young audiences head (Not showing off or anything) – Parents may have more fun than their children!

As you can probably tell, LEGO Movie very pleasantly surprised me and I haven’t even told you the biggest one. This film has serious heart. There isn’t a lot more I can say without spoiling the last 20 minutes for viewers but the film really delves into what LEGO means (or has meant) to each and everyone one of us, leaving you with a smile on your face. Who would have thought that a movie based on a toy brand has more heart than 95% of Hollywood?

Go and see this film. Take your family and have a great day out, watching something that you will all enjoy. If you don’t have any children to mask your secret love of LEGO then borrow a friends (just give them back) – just go and see this movie. If nothing else, it is one of the funniest films that I have seen for a long time.