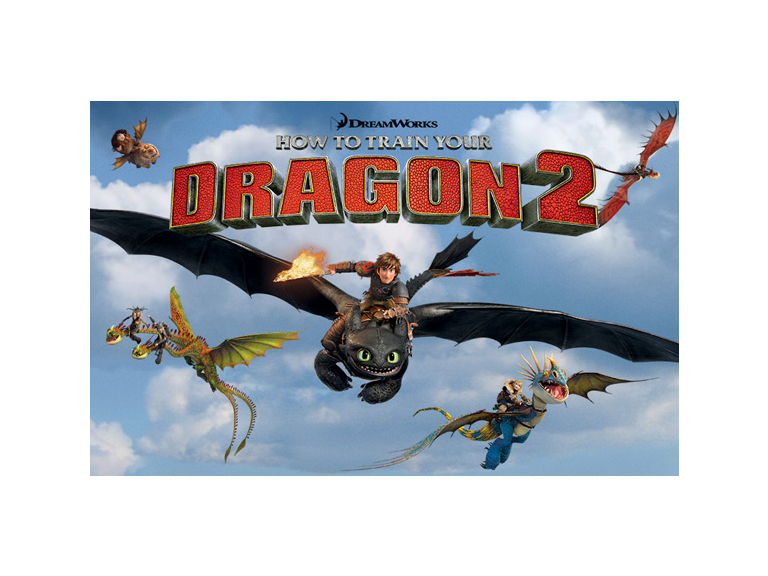 Here we go with ANOTHER sequel to throw into the boiling, inconsistent mess that is the summer blockbuster season. A season that will bring us more movies from the likes of Transformers, Planet of the Apes & Marvel but that’s not necessarily a bad thing! I mean, I could probably live without another Transformers but for a sequel from the talented team behind How To Train Your Dragon? Yes, please.

We join the story of How To Train Your Dragon 2 five years after the spectacular events of the first movie, with the entire main cast returning for another successful Viking outing. Hiccup and Toothless come across an ice cave that is home to hundreds of new wild dragons and the mysterious Dragon Rider; the two find themselves at the center of a battle to protect the peace.

I don’t want to falsely lead you down the rabbit hole of whether it was good or not, so straight off the bat - How To Train Your Dragon 2 was amazing and a superb example of how to make a sequel. It is a movie that is beautiful to look at, spectacular to experience and packs a worthy emotional punch of its own that rivals the likes of tearjerker ‘The Fault In Our Stars’.

With each new animation feature that is released I feel like the technology advances significantly, and How To Train Your Dragon 2 is no exception. The big sweeping shots of Hiccup flying on Toothless are breathtaking and never get old but it is the little details that had me opened-mouthed and I couldn’t stop thinking “WOAH, LOOK AT HIS HAIR, ALL THE STRANDS ARE MOVING INDUVIDUALLY!” – truly amazing work from the team at DreamWorks Animation.

The cast of voice actors is no less impressive from Jay Baruchel, Cate Blanchett & Gerard Butler to the likes of Jonah Hill, Christopher Mintz-Plasse & Kit Harington. Each character has their own moments of hilarity as well as their personal emotional times with particularly stellar voice work from Baruchel and Butler, portraying a Father/Son relationship fantastically that leads to one of the film’s most emotional & memorable moments.

Just as a little side note to any filmmakers (especially to those producers of certain soap operas), How To Train Your Dragon 2 does an incredible job of making me care about each of the characters and all the dragons. The dragons, especially Toothless, have so much individuality and character that you could make a film starring all of the dragons with no dialogue and it would probably be a lot more entertaining, funny and sad than your regular episode of Eastenders.

Whilst we are talking about character, the main character of Hiccup (voiced by Jay Baruchel) is such a fantastic character that just feels so refreshingly different to the vast majority of protagonists in summer action films. Yes, Hiccup is very heroic but he doesn’t have the brawn of most and his greatest strength is his vast intelligence and honest character – a far more relatable characteristic for young audiences than the usual ‘punch first, ask questions later’ mindset.

There are a lot of individual great character moments throughout, but what is more impressive about How To Train Your Dragon 2 is that it takes some pretty significant and serious issues of responsibility & an absent mother and breathes enough life, comedy and gravity into them that they become as powerful as they would be in a live action best picture nomination. It is just great filmmaking.

Listen, your kids probably want to see this fantastic film and they will love it for everything that it is but you might be surprised by the fact that you will love How To Train Your Dragon 2 for all the same reasons.