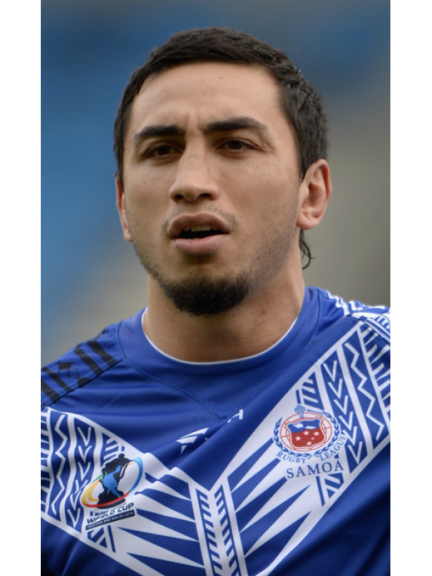 Another week and yet another stunning rumored signing for Dr Marwan Koukash and his Salford Red Devils. This time it's Wigan Warriors and Samoan forward Harrison Hansen, the son of 90's cult Salford, and New Zealand forward Shane “Shakers” Hansen.

Despite his father being born in New Zealand, Harrison was born and raised in Salford and is a product of the Folly Lane ARLFC. Even as a Wigan academy product, Hansen was often seen on the Willows terraces supporting the club his father Shane still calls his home team.

Salford's well renowned failure in the area to nurture local born talent was one that proved Wigan's gain as Hansen Junior made such an impression in Wigan's Academy setup that he was rewarded with a two-year deal in July 2003.

He continued his rapid development and was rewarded by being promoted to the Wigan first team for Super League IX. Making his first team debut in Terry O'Connor's testimonial match against London Broncos.

Renowned for his work rate in defence, Harrison is also a useful weapon in attack, showing the ability to force his way over the whitewash.

Not only has Hansen been the cornerstone of Wigan's forward pack, he has also made his mark on the international scene, gaining representative honours in 2003 scoring tries in both matches of England's 2–0 series victory over The Australian Institute of Sport Schoolboys Team.

Despite Harrison previously making an appearance for New Zealand against Great Britain in a mid-season international, his allegiance switched in 2007 to Samoa. 'H', as he is affectionally known, represented his third country playing for Samoa as they went on to qualify for the 2008 World Cup, making three appearances during the group stages.

Proving to be the fans' favourite at Wigan, Harrison was also a key member of Wigan's double title winning squad of 2013.

Harrison, a devoted family man who still lives in his native Salford, is a player that typifies what grassroots rugby league is all about. He remains a staunch advocate and supporter of his former amateur club Folly Lane, and continues to give his spare time not only making appearances at awards evenings but also being on hand to advise and tutor potential Rugby League stars of the future.

The surprise of this transfer rumour is due to the fact Hansen still has two years remaining on his Warriors contract, and has been granted a testimonial by the RFL in 2014. If Hansen were to follow in his fathers footsteps money will no doubt be a major factor as Wigan Chairman Ian Lenegan is notorious in his ability to ensure Wigan are suitably compensated for the loss of their star forward.

As Brian Noble continues to build a formidable side for 2014, I urge the people of Salford to get behind the Red Devils and embrace the Devilution.

Much like his father did in the 90's the possibility of Hansen wearing the red of Salford is reason alone to believe that Dr Koukash isn't here to make up the numbers. Salford are most definitely the team to be feared in 2014.