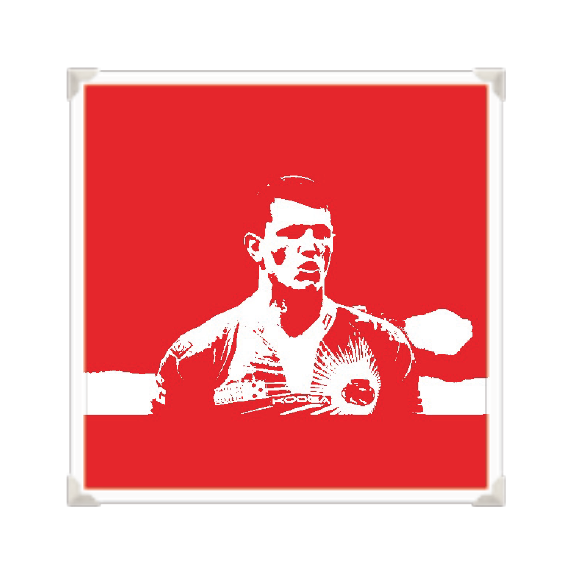 Lee Gaskell scored 3 first-half tries to help his Salford side haul themselves off the bottom of the Super League with a thumping victory at The Stoop that sent their hosts to the foot of the table in their place.

The on-loan full-back's contribution was matched with 5 tries from his team mates as The Reds avenged their heavy home defeat by the Broncos.

Unusually, Salford made a lightning quick start, with Gaskell finishing off a Jodie Broughton break with only 3 minutes on the clock. A series of missed tackles allowed the out of contract Ashley Gibson to extend the Salford lead when he crept in at the corner on 12 minutes.

Salford tripled thier Try tally on the 14th minute when the Huddersfield Giants-bound Jodie Broughton raced home from inside his own half to score. More slick handling brought a 4th score with Gaskell racing in after a flowing move involving the French prince Theo Fages and USA international Ryan McGoldrick.

With only 23 minutes played Salford struck again with the industrious Wayne Godwin scooting over from close range.

London managed to score a try before the break through debutant Erjon Dollapi but then Gaskell sprinted home for his hat-trick Try on the hooter.

The second half saw the Broncos hit back, the highlight was a promising 14-point display from their short-term signing Australian debutant, Jamie Soward, who had taken his place on the bench only hours after arriving in the country.

Soward, made an immediate impact and added a much needed spark to the Broncos' attack, a jinking Soward run on 45 minutes gave supporting Mike Bishay the chance to go over. The Broncos smelt the chance for a comeback when they added a further try 3 minutes later through Jacob Fairbank who crashed over from close range.

Soward plundered another Try, after a break from Joel Wicks, but any thoughts of a London victory were ended when a brace of Salford Tries widened the gap. Jodie Broughton claimed his second Try in the corner, and the decisive Try came just after the hour mark through the ever impressive Theo Fages. Depsite the contest being over, London didn't surrender and Dan Sarginson added a final Try for the hosts after a break from Kieran Dixon.

"We have been creating opportunities on a regular basis but not taking them, but today was a different story." – Brian Noble