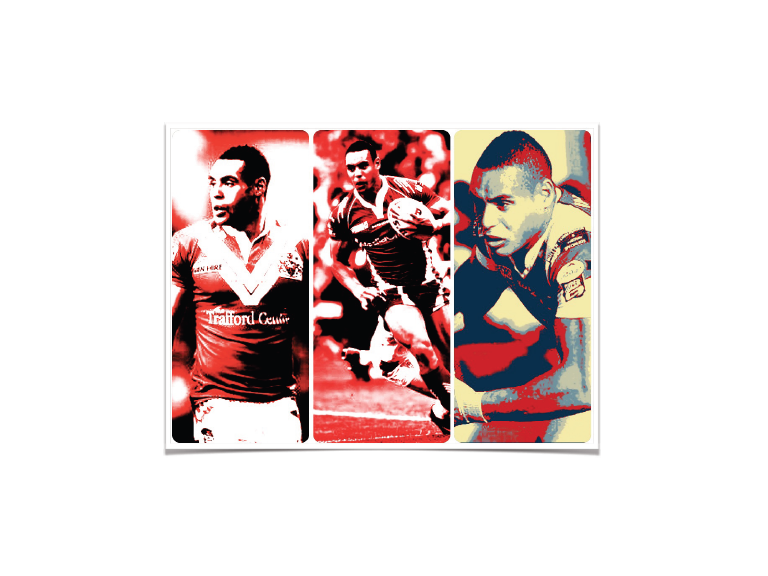 What has been one of your biggest disappointments as a pro RL Player?

One of my biggest dissapointments is that we are so far behind the Aussies at club level. The sytem they have over there at club level really works and it is very competative, whereas over here we dont get that as much, the system is always under review (franchise, promotion/relegation).

What has been one of your greatest accomplishment as an RL player?

Getting selected in the first team England squad for the second test against the exiles, even though I was 18th. Man! Just to be in camp with so many great players was a brilliant experience for me!

What has been one of the best teams you have been on and why?

The team we had at Salford last year was probably the best for me, at times we played some exceptional rugby. There were so many big names in the squad and when everyone was fit we were a hard team to beat.

Who is a “hero” in your life and why?

Jason Robinson was a hero for me growing up as a Rugby League player from Leeds, then making the transition to Union and winning the World Cup was something I would love to emulate (Rugby league or Union).

If you didn’t play Rugby League, where would you be?

I would be on a building site somewhere no doubt, as I am a part-time Quantity Surveyor. So that's what I see myself doing. Failing that I would probably be trying to become a WWE Wrestler (ha ha!).

Which ground makes you the most nervous while you are competing?

Headingley Stadium. I grew up watching and supporting the Leeds Rhinos so going back there for me is the most nerve-wracking. The crowd are very local and it is still, what I would call, an old school stadium where the fans are really ontop of you and that can be intimidating (as anyone who played against Salford at the Willows will tell you)!

I scored a try but just before that I had put sticky spray on my hands, so when I went to throw the ball up in celebration it got stuck to my hand and I ended up throwing it in my own face (vs Saints on Sky)!

How do you tend to workout/train when by yourself?

Just the usual (headphones, listening to music). I quite like to train on my own because I feel I can talk to myself and push myself harder!

What other sport would you like to compete in if you were not playing rugby?

Probably football, as nearly all kids dream of playing football at some point, but looking at it from an adults' POV, definately golf – you can play until you are nearly 100(!) and you get to travel all over the world.

If you could be the head coach of a team for a year, what team would you choose?

What team would I be coach of? NZ Warriors beacuse it's the only NRL team in NZ – it's their national pride and I love the culture of NZ and the Maoris.

What is your favourite food?

Jerk chicken, rice and peas with sweet gravy and one festival (fried dumpling), finshed with bakewell sponge and custard #Winner

What is the best compliment you have ever received?

Someone saying that I am their favourite player and they want to be like me. I always try to be a role model. I want people to have someone to look up to and not to let them down, so I try my best to be that person. If I can make someone happy or change their life in a positive way then I am happy.

What was the last thing you saw someone do that really impressed you?

Wayne 'Wagga' Godwin playing on after splitting is head nearly in half playing against Bradford – I would have probably retired (haha)!

What is your favorite hobby and why?

I dont really have any real hobbies. I like learning about food and drink – so maybe cooking. I find it interesting how you can add certain ingredients to something and it completley changes how it looks, tastes and feels.