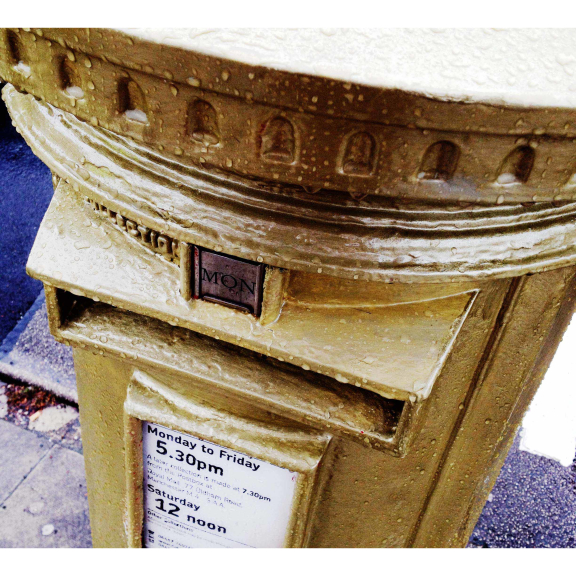 Sarah is a former swimmer, but decided to move her concentrations to cycling in ’05, and it was certainly her bike that brought her the gold haul at this year’s Paralympics, achieving victory several times in both the Velodrome and on the tracks.

Sarah won 4 gold medals over all in this year’s games, which is a feat achieved by no other British athlete at London’s Olympic and Paralympic games. Not only have 4 post boxes (including the one in Eccles) been painted gold in her honour, but she has also had 4 special edition stamps made to go on sale in the post office.

The 2012 Paralympics brought Sarah the 11th gold medal in her career, which will sit nicely along her 8 silvers and 3 bronzes. Salford is certainly gleaming with pride!