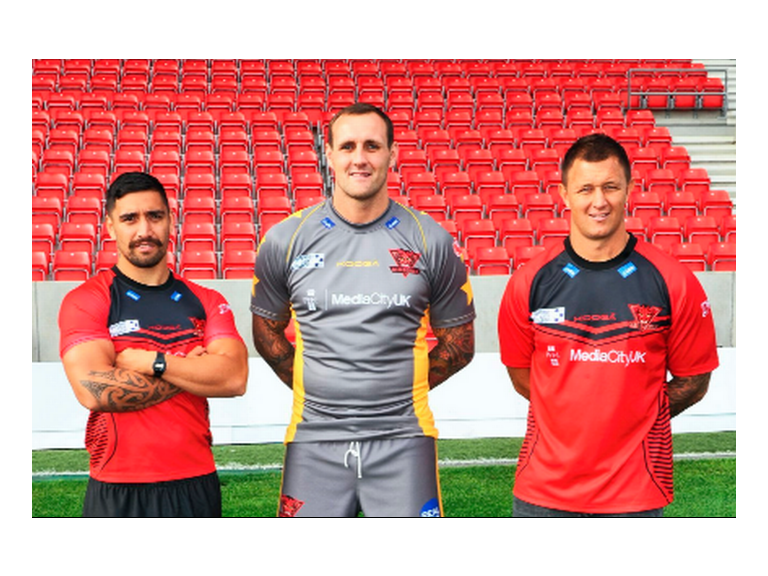 What a difference twelve months has made in the fortunes of Salford Rugby League Football Club, or as we are now rightly known the Salford Red Devils.

Not only have we reverted to using our rightful nickname - one that was bestowed upon Lance Todd's much revered superstars of 1934 after they famously toured France, not only defeating their League opposition but winning the affections of the notoriously hard to please French press, who christened Todd's men 'Les Diables Rouges' - Salford are once more the team to talk about.

Ever since the charismatic millionaire businessman Dr Koukash saved the cash-strapped Reds from the financial abyss that nearly saw the club enter into administration and with it certain extinction, Salford have rarely been out of the headlines. With a dozen new signings, including current 'Man Of Steel' Rangi Chase, Legendary Salfordian Adrian Morley and the controversial but undoubtably talented front row enforcer Gareth Hock, The Reds have promised to 'Bring Hell' to their opponents in 2014.

Despite the disappointment of finishing with the wooden spoon, Koukash was resolute that this was the last time his Red Devils would be propping up the league and has splashed the cash, echoing the actions of former club chairman Brian Snape, who brought glory and superstars to Salford during the clubs all conquering, title-winning period of the 1970s.

To celebrate the dawn of a new era, one the club have christened 'The Devilution', Dr Koukash has thrown open the doors of the newly named AJ Bell Stadium for a 'taste of the devils day' this Sunday 1st December.

Supporters old and new are invited to not only meet Brian's Noble Men, but also have a guided tour of The Devils Lair. They will also be able to watch the players train and if this wasn't enticing enough Season tickets to Hell in 2014 will be available to purchase. The 'taste of the devils day' is free entry and starts at 11am–3pm.