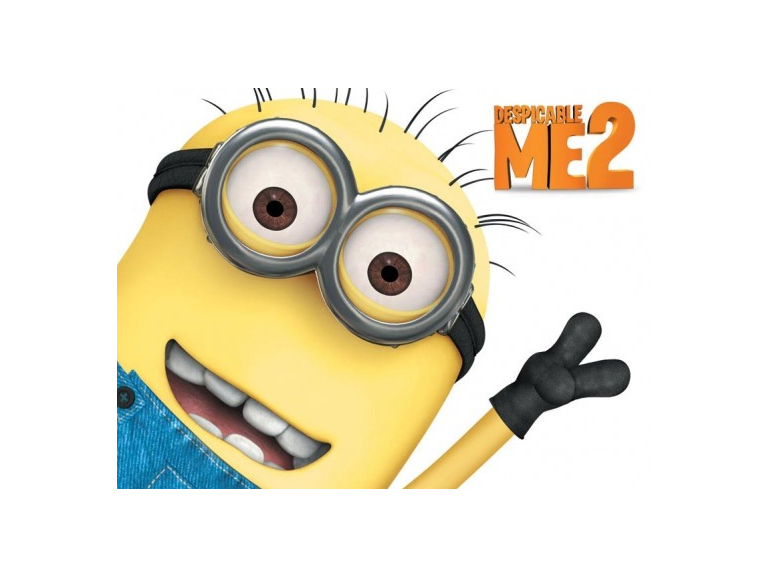 It's been 3 years since the last Despicable Me film was released, and since then everyone has been dying to see the adorable yellow minions back on their screens. The news is they're all alive and well, still laughing at childish jokes and plodding along in Gru's jelly factory. For those that have seen the first film, Gru is still living happily with the three girls he adopted, although it seems they might have turned the old villain a bit soft.

More doting father than evil-plan plotter nowadays, Gru is sent for by the Anti-Villain League, who want him to recover some kind of dangerous substance which is turning everything it touches into purple beasts. Thrilled just to be involved in the world of villains again, Gru agrees, but regrets his decision somewhat when he meets his mission partner, Lucy.

With Gru's most adorable little girl, Agnes, yearning for a mother figure, it is quite clear what will happen by the end of the film. Although I really enjoyed watching it, I'd say the plotline was the only thing that slightly let this film down. That being said, this is fundamentally a children's film, so while the plot remains fairly basic to allow them to keep up, it makes up for it in witty gags and cute creatures. (Plus we were all a bit happy that Gru found love in the end!)

With the hilarious Kristen Wiig (Bridesmaids) playing the highly-strung and ever so slightly irritating Lucy, the relationship between her and the sarcastic and serious Gru (Steve Carrell) isn't exactly a match made in heaven to begin with. As they begin their crime-fighting partnership, Lucy begins to pop up everywhere, much to Gru's dismay. But her overly happy character gradually makes us see a change in the once sadistic villain, and he finds himself growing fond of her.

With the hunt on for whoever's been using the dangerous substance in question, Gru stumbles across who he believes to be an infamous villain from his past, El Macho. Without his cape and wrestling mask, Gru cannot be sure if this Mexican restaurant owner is the culprit, and the Anti-Villain League shortly arrests the wrong guy. With the case supposedly closed, the AVL are set to send Lucy to off to Australia, which is when Gru realises that he might just miss her after all.

We see Gru's character overcome a lot in this film, from dealing with his eldest adopted daughter becoming interested in boys, to letting himself be vulnerable enough to love someone back, and this makes for a nice conclusion to the two films. Agnes now has a mother to speak about at her school's mother's day show, and Gru has realised that there's more to life than villainy, settling down to life with Lucy and his three girls. Having not seen the first film, I was surprisingly not lost at all when watching this film, so don't worry about watching it independently of Despicable Me 1. With lots of clever humour for the older audience, and more than a few crazy purple minions on the loose, this is all in all a great watch. If you just go purely for the jabbering bi-lingual gags of Gru's little yellow army, you won't be disappointed!