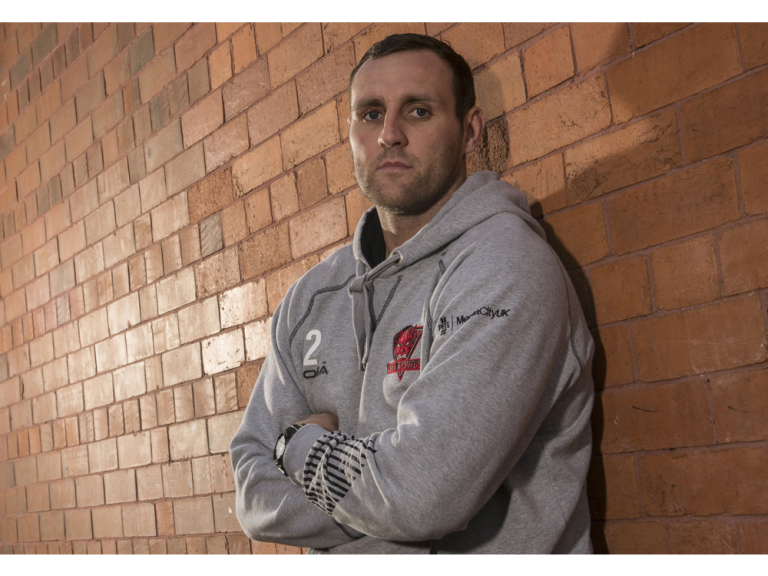 Saturday 17th May 2014 will be the 45th Anniversary of Salford Rugby League Club's last trip to Wembley, the day when Legendary chairman Brian Snape led his ‘Quality Street Gang’ out in front of 97,939 spectators onto the famous turf as they battled Castleford for the glorious Challenge Cup.

History, of course, documents that this great day ended in a 11–6 defeat for The Reds but the memory of the occasion is something that remains fresh in the minds of many of the older generation of loyal Red Devils supporters.

With the big spending ways of Red Devils' owner Dr Marwan Koukash, the dream of finally returning to Wembley after a 45-year hiatus was something firmly in the sights of this generation of Salford supporters. The AJ Bell Stadium and Iestyn Harris’ Salford hosted the Widnes Vikings in the 5th round of the Challenge Cup on Sunday afternoon.

Widnes, who are coached by Salford-born Dennis Betts, proved too strong for a Red Devils side that have so far this season failed to deliver on the pre-season hype delivered in the media by the enigmatic Koukash. Iestyn Harris handed a starting debut to Hull KR Fullback Greg Eden who this week joined Salford on loan which meant there was no room for Jake Mullaney, who has so far been a stand-out performer in an otherwise mediocre season.

The Challenge Cup competition is independent of the Super League, resulting in season ticket holders paying out for a fixture that I and my fellow Salford supporters couldn’t afford, a lowly crowd of just over 2,000 turning out on a Sunday afternoon.

Despite new coach Iestyn Harris attempt to shore up his sides' defensive frailties with the capture of Eden, Salford capitulated with ease, allowing the Vikings to enter the break 18–4 ahead of a Gareth Hock's try cancelled out by scores from Danny Galea, Rhys Hanbury and Captain Kevin Brown for Widnes.

The second half started in the same vein as the first - Widnes punching holes in the paper thin Devils line to take a 20 point lead. With only 10 minutes left to play Junior Sa’u, Lama Tasi and Salford's 'Player of the Season' Gareth Hock brought hope that they could steal their way into the Quarter Finals. Frantic play ensued as the Devils threw the ball around with abandonment. With only four points separating the sides and seconds remaining, Salford scrum half Rangi Chase threw a desperate pass only to see it gleefully snapped up by Lloyd White who raced away to seal the tie-in emphatic style for the Black and Whites.

With the quest for silverware over it was once more Dr Koukash who took to his Twitter page (@DrMarwanK) to express his anger at his expensively assembled team of stars:

“I have done all I can to bring success to Salford. The players NEED to respect the shirt they wear”

Despite its public airing, this statement resonated with the masses - another false dawn for a club that promised so much and has so far delivered very little. Despite the weekly displays of hunger and determination from Salford's forwards Adrian Morley, Gareth Hock and Lama Tasi an away trip to the notoriously tough Catalan Dragons is up next for Salford, unless a miracle happens...which needs to come quick - the misery for Koukash and Co. looks very well set to continue.