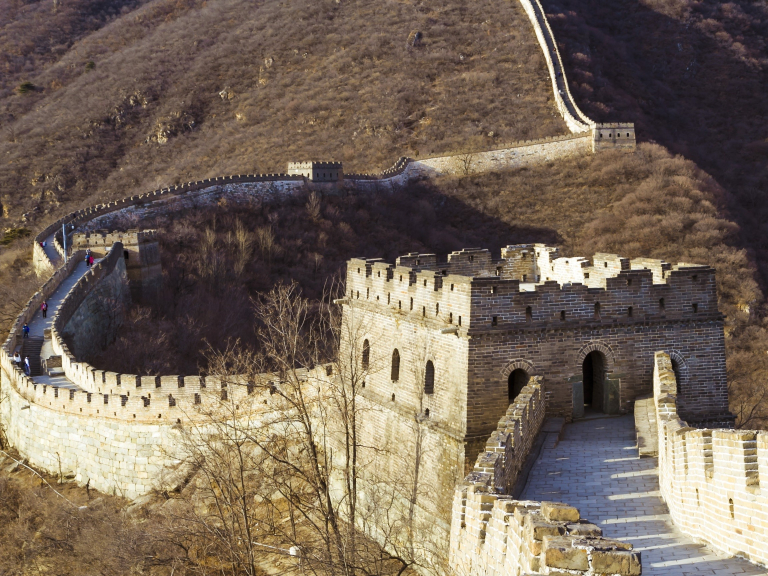 January and February when temperatures occasionally drop below 12 degrees. Most years, there are a few days dropping to 8 degrees or below. Note that even though it says 8 degrees, which sounds mild to Europeans, the biting Siberian monsoon wind makes it feel even colder than the 8 degrees people are used to in the West.

Late February to the end of March, Hong Kong starts becoming warmer and humidity begins to rise as the rainy season draws near. Generally speaking, this is a good time to visit as the temperatures are usually cool, not cold and the chances for rain remain low.

April to June are the wettest and most humid months. Temperatures begin to rise during this time as do the pollution levels, which can reach alarming figures in areas like Central, Causeway Bay and Mongkok on bad days. This problem remains throughout the Summer and Autumn months until the return of the dry and cool season around November. However, there are still nice days during this Spring season.

July to September is when typhoons are most likely to occur. Temperatures during these months rise to as high as 34 degrees. While this is a peak holiday season due to traditional Summer holidays, many feel this is a much less desirable time to visit Hong Kong, weather-wise. High temperatures, high humidity, frequent heavy rains and the chance for typhoons make it much more difficult to enjoy Hong Kong compared to the cooler and drier months.

October is still warm but cooler than summer months. Some rain can be expected but Hong Kong quickly finds itself in the next dry season where temperatures and humidity levels begin to drop as well.

October — "the best time", most say

The most popularly recommended time to go to China is early autumn (October).

The weather is optimal: Most of China has warm/mild temperatures, and the summer rains have stopped (apart from around Hong Kong and Sanya) so it's relatively dry. The summer heat has gone. The major Chinese attractions in Beijing, Xi'an, Shanghai, Guilin, Hong Kong, Chengdu, etc. are all at a comfortable time to visit.

It is relatively quiet at tourist attractions for most of the month, as the summer holiday travel crowds have gone. But avoid the first week of October(Chinese National Day Holiday) when attractions, transport, and hotels are packed with Chinese tourists and prices go up considerably.

October is an expensive month to travel, but may be cheaper than July and August.

Fall hues appear, giving many areas added appeal. If you are fond of autumn colours, October is definitely a best month to come to China.

Late Spring (April to May) — comfortable, but rainy

The No. 2 time to go to China is probably April and May when flowers are in bloom, and temperatures are warming up, but not yet too hot.

In late spring temperatures are optimal with all of China getting into the 20s centigrade (the 70s Fahrenheit), except the extreme northwest and northeast. While the North of China (Beijing, Xi'an) is still dry, the summer rains have already began in the South, though not yet at their peak, with dampness guaranteed and storms possible. This could actually enhance the view in the form of mountain mists in mountainous areas like Guilin and the Yellow Mountains.

Not too crowded: April and May are at the beginning of China's peak travel season. China's summer travel peak is yet to come. It is still relatively quiet at attractions.

But avoid the Labor Day holiday week (May 1 – 7), as attractions, transport, and hotels are packed with Chinese tourists and prices go up considerably.

Travel prices are moderate: cheaper than June to October, but dearer than the lower season from November to March.

Ethnic festivals in Guizhou (south China) are concentrated in April and May, such as the sister's meal festival If you are interested in Miao and Dong ethic culture, this is a good time to visit.

September — lingering heat in the South, comfortable in the North

September is probably the No. 3 time to go to China. It has many of the benefits of October, but with more heat and rain. Some still find this month a little too hot. In September you are likely to be able to experience China's Mid-Autumn Festival (85% of years have a September Mid-Autumn), China's second largest festival with lots of tradition and customs associated with it.

Hottest Weather: June, July and August are the peak of China's hot summer heat. It is quite normal for daytime temperatures to reach 35+°C (95+°F) in all but the Northeast and mountainous areas. Sunshine and warmth certainly make for good holiday weather, though some might find it too hot.

Busiest Travel Time: Students are off in July and August, and every attraction in the country is packed with Chinese travel groups. Hotels are in huge demand. Flight and train tickets are hard to get. Arrange all things well in advance if you plan to travel during this period. This is the most expensive travel time.

The best time to visit China's remote areas: Tibet, the Northwest, Inner Mongolia, and mountainous areas are best-visited in the summer (or late spring/ early autumn) when the weather is not bitterly cold and possibly dangerous.

The Monsoon and Typhoons

The summer rains are also a factor that may affect your trip. Cruises may be halted if the Li River or the Yangtze is in flood, flights may be delayed by typhoons, and any outdoor activity may be rendered less enjoyable by a downpour.

The monsoon is generally greater in intensity the further southeast (or up in the mountains) you go. Hong Kong has the most rainfall, and in Xi'an, and further north and west, the summer rains are hardly worth mentioning.

Hong Kong / Monsoon peaks in August; typhoons add to very high rainfall from May to September

Sanya / Rains peak in September and continue for longest (May–October), but half the quantity of Hong Kong's

China's low travel season is from November to (early) March. In the low season, thought the weather is colder, you can save money on hotels, flights, and entry tickets, and you can avoid the crowds

March is favourite for visiting North China over late autumn as it is warmer and rainfall isn't really a factor. However, in southern China spring can be uncomfortably damp. This is the time for seeing spring flowers in China, though some flowers come earlier in the warmer south.

November is the best time to see fall colours across China. See China in Fall. For travelling to the south of China late autumn is better than early spring as it is drier, and there are still some warm days. 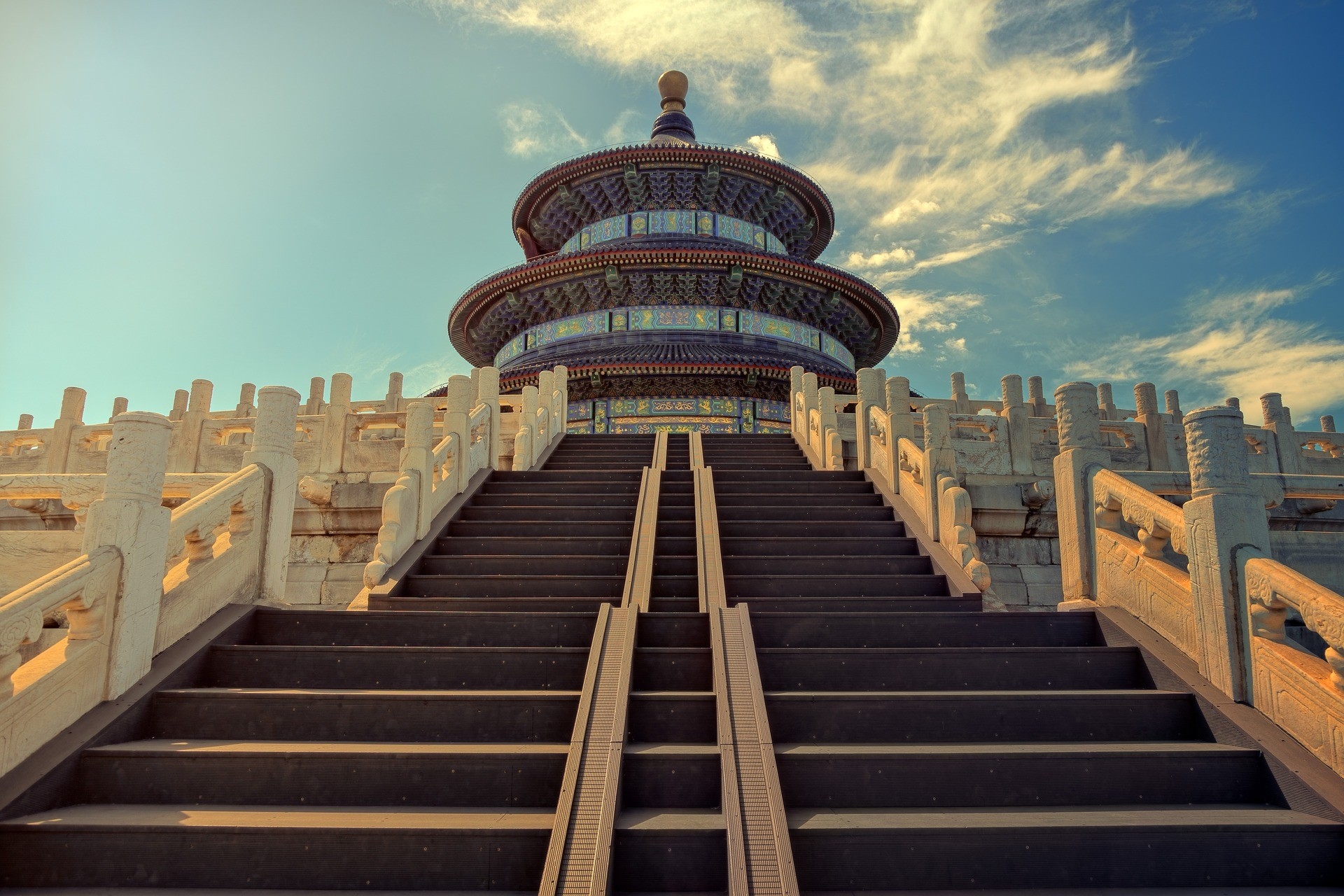 Go in winter for wintry scenery, winter sports, the cheapest low season prices and no tourist crowds. Generally the best times to visit China's top attractions are in line with the above order, with the exception of winter attractions like Harbins Ice and Snow Festival and China's Ski resorts.

Exceptions to wintry conditions and good places to go in China's winter are Hainan Island and its beach resorts like Sanya, and other places that fall just within the tropics like the Hong area, which enjoy mild winters. The tropical rainforest of southernmost Yunnan could be comfortably visited.

Avoid the Chinese New Year period — the exception to low winter prices. Transport is over-capacity for up to two weeks before and after, and hotels raise prices.

The Worst Times to Go to China

For more on bad times to go, including particularly national holidays

Top 5 Places you should Visit in China in the Summer

For many years through my work, I have been lucky enough to travel to many wonderful places. There are many more still to visit, my life is a book of memories from riding elephants on the beach in Sri...

Is there help to deal with Post Traumatic Stress Disorder?
Sign up for offers
Sign up for what's on guide
Become an author
Popular Categories
By clicking 'ACCEPT', you agree to the storing of cookies on your device to enhance site navigation, analyse site usage, and assist in our marketing efforts.
For more information on how we use cookies, please see our Cookie Policy.