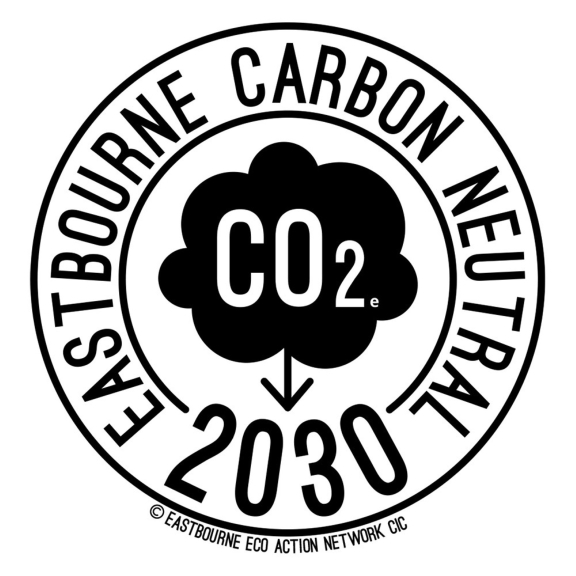 Sir David Attenborough has today given his strongest warning yet about climate change, saying that “the moment of crisis has come”. If we are to stop a catastrophic breakdown of the global climate system then major decisions have to be taken now, everywhere, to reduce carbon emissions quickly enough to stop global temperatures rising too far and too fast.

That means all of us, both as individuals and as members of the communities we live in and the organisations we work in, have to rise to the challenge of reducing the amount of carbon we pump into the atmosphere. The main source of carbon we emit is carbon dioxide, mainly through the huge amount of fossil fuels - oil, coal, and gas - we burn in order to generate power for transport, electricity, heating, construction, etc. But other gases such as methane, nitrogen oxides, and even water vapour, are generated in vast quantities by human activities too, such as farming, and they also help to warm the planet.

Eastbourne currently emits about 300,000 tonnes of carbon dioxide per year. Climate analysts suggest that if the town is to meet its fair share of keeping global warming below catastrophic levels then there should be a 12% fall in the town’s emissions each year, every year, from now on. Eastbourne Borough Council has committed to delivering a carbon neutral town by 2030 and has started a process of intensive engagement with local people, through networks like the Eastbourne Eco Action Network, to help everyone get on board with helping the council to achieve this target.

So what does becoming ‘carbon neutral mean’? It means:

But achieving carbon neutrality is not the end of the matter, for the next challenge is to go beyond that and create a local economy that emits virtually no carbon at all, a zero-carbon society that uses no fossil fuels at all, is powered entirely by renewable energies, and generates little or no waste at all, especially food and plastic waste.

So if Eastbourne becomes a carbon neutral town well before 2030, there’s no reason why it couldn’t go on to become a truly zero-carbon town by 2030. Eastbourne would then become a true Ecobourne, a town born-again as a pioneer for the re-greening of our pleasant land, where everybody enjoys clean air,  water, healthy food, and a flourishing nature!

EngineDetox.com
Why not check out this Car Engine Cleaning business in Eastbourne. EngineDetox.com is a 'thebestof' business member.
Downloads
Latest Articles