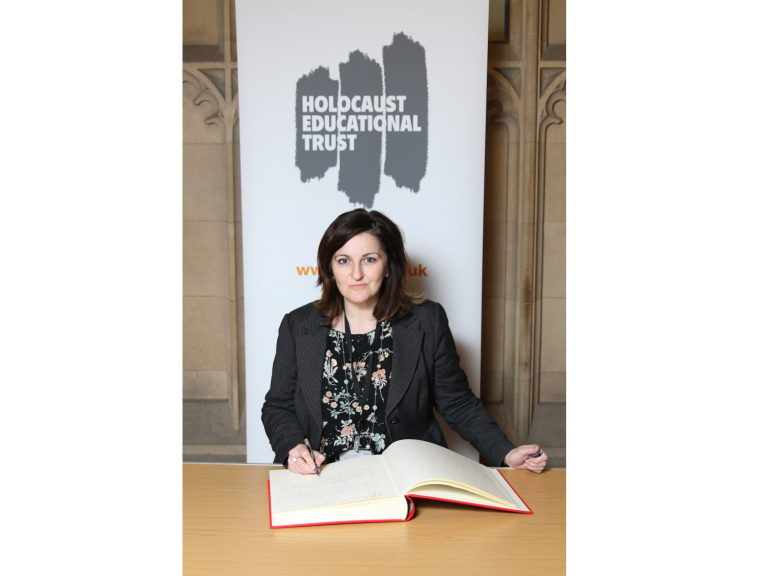 Today, Friday, marks 72 years since Soviet troops liberated what has now become a byword for horror: the concentration and death camp at Auschwitz-Birkenau.

Many know the true enormity of what happened there all those years ago through contemporary film footage and survivor testimony, and the world has decisively said “never again”.

But time now marches on and fewer and fewer can give witness so we must not be complacent that the lessons learned will remain part of our consciousness.

It is therefore the responsibility of society to make sure we must always remember and educate future generations about what happened in the Polish countryside and at other countless sites across Nazi-occupied Europe during World War Two.

To ensure this, in the lead up to and on Holocaust Memorial Day, thousands of commemorative events are arranged by schools, faith groups and community organisations across the country.

The aim is firstly to remember all the victims of the Holocaust and subsequent genocides, but to also support and listen to the dwindling band of survivors who can still tell the world of their suffering.

One such event was held this week at The Foreign and Commonwealth Office in London.

In attendance was Mark Regev, Israel’s Ambassador to the United Kingdom and, a rather special guest and speaker - Holocaust survivor and Eastbourne resident Dorit Oliver Woolfe.

Dorit, now in her 80s, spoke of her own story with her characteristic humour and humanity and with two young student ambassadors, lit the candle of hope.

As always, it was a pleasure to be in the same room as her.

As the Holocaust moves from living history, to history, it becomes ever more important that the personal testimony of survivors, like Dorit, is heard and passed on.

Her tireless work in schools is part of her legacy and a powerful answer to the question ‘how can life go on’ - the theme of this year’s Day.

To do my bit to ensure nothing is forgotten, I am working with the Holocaust Education Trust to arrange for a group of students from Eastbourne and Willingdon to visit Auschwitz-Birkenau to learn more about the Holocaust and its contemporary relevance.

It will an emotive experience and I believe that every schoolchild in this country should get a chance to visit.

And the reason young people should go is sadly rather too simple.

We learn every day that, although the Holocaust was unprecedented, it is not unique.

Discrimination, anti-Semitism, racism, persecution and hatred live on in places too numerous to mention, and we must face it head on.