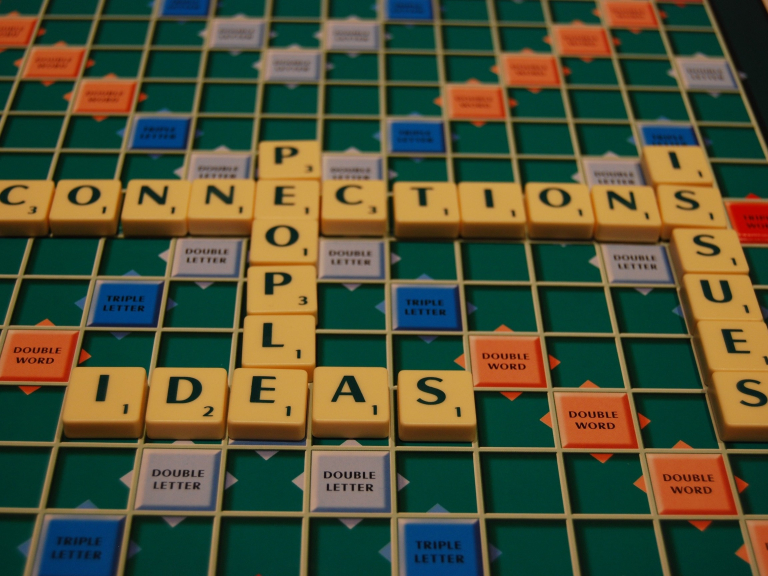 There’s no escaping it.

Last Friday, I spent the evening at Eastbourne’s Winter Night Shelter where I was initiated into the delights of Scrabble. The photo, as you can see, was quickly the state of the board.

There’s no getting away from it: Brexit gets everywhere!

And it was everywhere in parliament this week when the Withdrawal of Notice Bill, or ‘article 50 trigger’ for short, dominated proceedings during its progress to becoming law.

The bill is monumental in what it will inspire but is only a few lines long, simple in its scope and not a great read.

Nonetheless, plenty of amendments were tabled and debated through three long days and into the nights - showing that parliament has a key role to play in our leaving the EU.

Democracy is about having a say, not always getting your way and the majority said leave, so this must be respected, even though I understand the frustration of those who passionately believe in our membership of the EU.

The fact is the majority of people across the nation, and in Eastbourne, voted to leave and, even if I hadn’t agreed and done the same, then I would still vote to trigger Article 50 because democracy, however imperfect, trumps my views.

My hope now is for everyone to pull together as the government delivers on the referendum result and focuses on getting the very best Brexit deal for Britain.

Up to two years of negotiations will soon begin and they will be tricky.

Recession was predicted, but so far, we have weathered the market’s reaction to the result and we enter this next stage far better placed than any of the commentators foresaw.

Britain’s economy will keep growing steadily in the coming years and the employment rate has held at an all-time high of 74.5 per cent, with wages growing at a faster pace than for many years.

Of course, we have problems that need to be addressed like our spending and our lack of productivity and, as my night shelter visit testifies, homelessness and the complex social issues behind it.

So, while negotiations with our European partners intensify, we must not be so wholly occupied that we neglect those domestic issues that will play a big part in our future prosperity.

There are few early red lines for me surrounding Brexit that I would like to see progress on and first is an early resolution for those EU nationals who’ve made their lives here.

They need security and I will be pressing for this to happen.

Now more than ever it’s important we are avowedly internationalist in our outlook.

I will be working closely with our business leaders to promote their interests and if anyone has something they think I should be raising during the Brexit process, then please contact me.