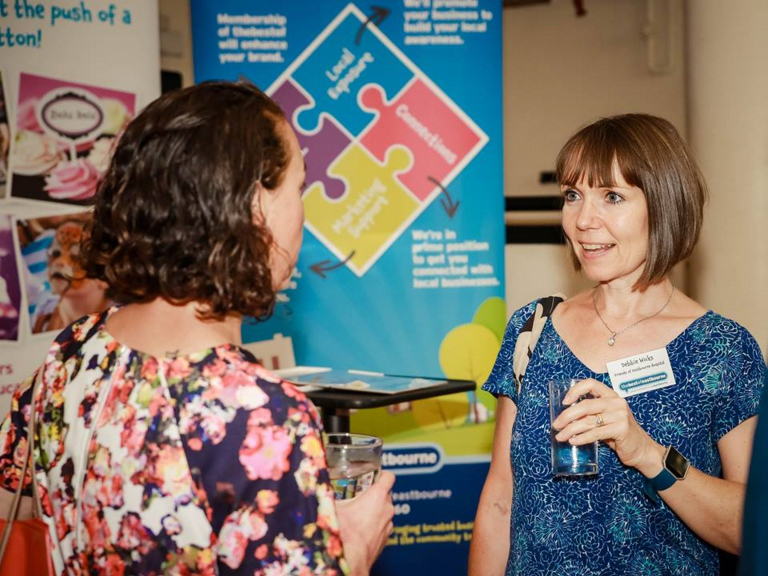 My business is all about people and connecting people wherever possible. When I got started in 2011 I did the normal B2B business breakfasts and lunch networking events. The only problem I had was that I was only meeting business people and in many cases not the business owner. If I was to be successful I needed to do something new, something different but something that people would understand.

I had recently taken on the Afton Hotel as a business member of thebestof Eastbourne to promote their Corporate Hospitality and to really put them on the map for entertaining. I had given it thought of the various ways this could be done and then talked with the then owner Marco about hosting a monthly event unlike any other networking in Eastbourne. Marco was happy to give it a try and we booked our first event relying purely on Twitter to make it happen.

On June 30th 2011 I was feeling rather nervous, it was my field of dreams moment I had built it but would they come? People I had never met before had expressed an interest but as the event was free there was nothing really to ensure they would attend. It was around 2:30 pm and Marco asked me how many way I expecting as he had some nibbles and we had an empty lounge at that time of day. I said to be honest it could be 1 or 1,000 you could never really know. Just before 3pm Twitter folk started to arrive and it was odd unlike formal networking where you politely introduce yourself we were already well versed in the other from previous communications.

This was the birth of the #EBtweetup which would meet every month at the Afton Hotel. It was extremely apt that the 30th of June was also International Social Media Day. Where social media users from around the world were all meeting up. I have to say that meeting users through social media is entirely different to traditional networking as you almost feel like old friends getting together. Through the session we share top tips and I present my first “social media expert” talk. I certainly did not feel like much of an expert at the start but as more and more questions were asked of me and the answers rolled of my tongue my confidence grew.

5 Years later I am looking forward to seeing some of the attendees from the 1st Tweetup coming together with many of the new connections I have made of the years. It is down to the Tweetup I owe much of my expertise. Having people asking me all sorts of questions ensures I remain current and more aware of just what is out there. So a huge thank you to the 100’s of attendee’s we have had over the years bringing the trickiest social media questions along to get some free advice from me.

Like social media the #EBtweetup has evolved and on the 5th of September 2014 we changed the format to include two speaker slots. One community focused and either a charity or sports team from our Community Hub to balance out having a business member speak about their business. I don’t have a figure to put on the amount of money raised for the charities or new sponsors connected to our clubs just by speaking at the Tweetup but it is certainly well over £1,000's as there is one case of a charity benefiting from over £500 being raised purely from linking up with a business that heard them speak at the Tweetup.

We look forward to welcoming you to the next #EBtweetup regardless of your social media knowledge or experience. We are people people and wont expect anyone to be a social media master!

So pleased to have launched the #EBtweetup on #SMDay (Social Media Day) it would not be the same without our extended social media network.

The Household Support Grant Fund has re-opened!
Sign up for offers
Sign up for what's on guide
Become an author
Popular Categories
By clicking 'ACCEPT', you agree to the storing of cookies on your device to enhance site navigation, analyse site usage, and assist in our marketing efforts.
For more information on how we use cookies, please see our Cookie Policy.