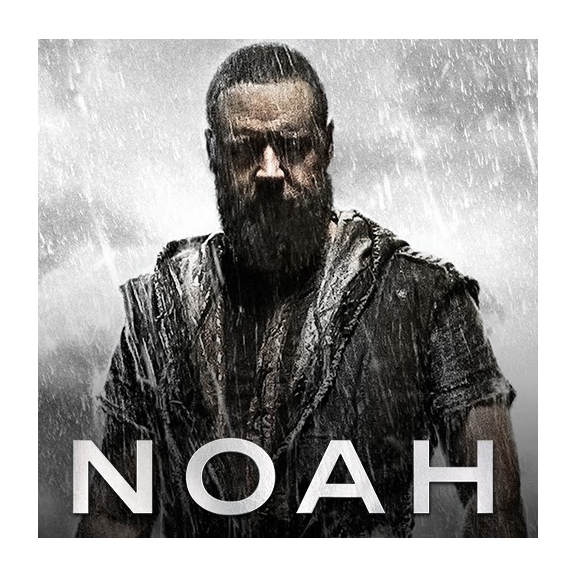 The film is truly the greatest telling of one of the oldest stories we have at our disposal. However this is not the children’s bible story version we are all too familiar with, but more closely related to the Old Testament version as possible. In the Film, Noah (Crowe) sees a vision of a coming destruction that will cleanse the land of all evil things (men), and is set a task by ‘the creator’ to build an ark to house two of every animal on the planet saving them from said destruction. As he carries out this divine will, he battles with his own faith as well as throngs of barbarous thugs led by Tubal-Cain (Ray Winstone).

Russell Crowes portrayal of Noah is hard to categorize in terms of either good or bad. He was decidedly average for most of the movie, but this fact is forgotten when it comes to the scenes that count. At his best in this feature he rivals his own performance in Gladiator, bringing a lot of that same intensity and melancholy spirit. Ultimately, Crowe was definitely the best choice for this role, hands down.

In terms of cinematics, this film does not fail to impress. The CGI and special effects aren’t anything we haven’t seen before, but they do have some uniquity to them that will definitely stand out to the audiences (you will know what I mean when you see it). The props, costumes, sets, and locations leave nothing to be desired and secures the most authenticity possible for the story, but the cinematography is absolutely fantastic - definitely the stand out in this production. Picture a cross between Lord of the Rings and 300 (or Gladiator), with some awe inspired wide angle landscapes, and a relaxed/tactical use of lens flare that’ll give you chills, the cinematographer delivers some serene scenes.

All in all, Noah isn’t exactly a stand out and probably won’t get a best picture nomination, but its cinematography coupled with its CGI and decent acting performances earns it at least a 7/10 in my book.