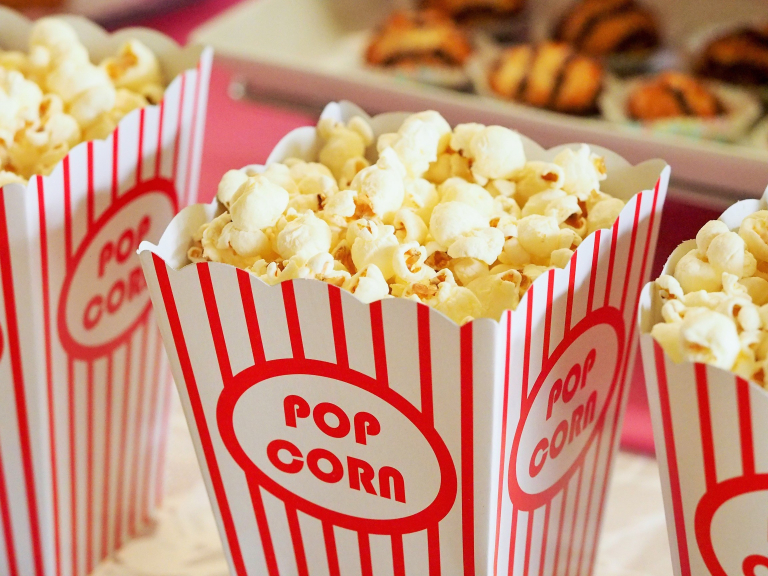 I just spent an enjoyable evening at the Curzon cinema, watching the new Hammer horror film The Woman in Black. Once the trailers had finished, and before the main feature began, one of the members of staff came and spoke to the audience. Being British, this made us feel a little uncomfortable at first. We don't like to feel part of a group, more like we are there as separate little groups of friends. But he broke the ice, informing us that this was a scary film and we should resist the urge to laugh after the jumps as it spoils the atmosphere. We laughed, we relaxed and we felt like a barrier had been broken down. We were embarking on an adventure, and we were going in together.

The Curzon cinema opened as the Picturedrome in 1920. Until the 1970s it had one auditorium, once screen and a fantastic vaulted ceiling with ornate plasterwork. Sadly, during the dying days of the film industry the Curzon, like many cinemas around the country, was divided unceremoniously into three smaller screens. The communal theatrical experience that was a major part of cinema-going was lost forever, and once the multiplexes began to take hold in the mid-1980s we gradually got used to smaller screens, reduced programmes (it used to be quite normal to see a newsreel, cartoon and supporting feature film before getting to the main movie) and over-priced concessions. Towards the end of that decade and throughout the 1990s the multiplex firmly took root, causing the  once popular town centre-based smaller cinemas to close as we steadily migrated to faceless retail parks with their fifteen-plus screens. This was despite the fact that those multiplexes were essentially joyless places that in no way embraced the traditions of film exhibition like the traditional picturehouses.

Eastbourne has been fortunate. Unlike all of the cinemas I remember frequenting as a child, this town still has its own cinema. The Curzon has been projecting moving pictures for over ninety years. It is run by people who care about the medium. And unlike most multiplexes now, they still have projectionists who keep an eye on the film as it works its way through the projector at twenty-four frames per second. Although undoubtedly the management would like to have digital projectors because of the commercial implications they bring (3D, the fact that the general public are still seduced by the word digital, etc.), I for one am grateful that the Curzon only use film. In this 21st century technology-obsessed world it is easy for people to forget that film exists as an artefact. You can touch film. It has its own smell. It can get scratched and warped. It has a texture and depth, and it can replicate colour and detail and a resolution that digital projectors can still only dream of.

The Curzon is looking shabby, there's no denying it. They need your help. The seats appear to date back to at least the 1950s, and the upholstery was perhaps last done twenty years ago. The dÃ©cor is uneven and the carpets look like they might actually disintegrate the next time someone attempted to clean them. If Eastbourne is to hold on to this place and prevent it going the way of  so many other small cinemas across the country, you need to go. Screen One can seat over five hundred people. Most times when I have visited there have been less than thirty. The only times I have seen more than that have been during the Summer months when the language students bring the place back to life. It is probably the vital income they bring that sustain the place for the rest of the year. It doesn't have to be like this. They are trying their best to provide an interesting programme, particularly with the film club's mix of world and alternative cinema. But once the Curzon shuts its doors for the last time because the business has dried up, it will be almost impossible to get them open again. The people of Eastbourne need to be there in droves. Ask yourself when it was that you last went. If you're planning to see a film, don't even consider using Cine World. They don't need your money. Go to the Curzon. Their prices are fantastically reasonable and the staff are friendly. Eastbourne town centre is already beginning to look like a ghost town. Let's at least keep this place alive. With your help they may even manage to replace the carpets.

East Sussex College Invites You to a Wine-tasting and Vineyard Tour at Rathfinny Wine Estate
Sign up for offers
Sign up for what's on guide
Become an author
Popular Categories
By clicking 'ACCEPT', you agree to the storing of cookies on your device to enhance site navigation, analyse site usage, and assist in our marketing efforts.
For more information on how we use cookies, please see our Cookie Policy.