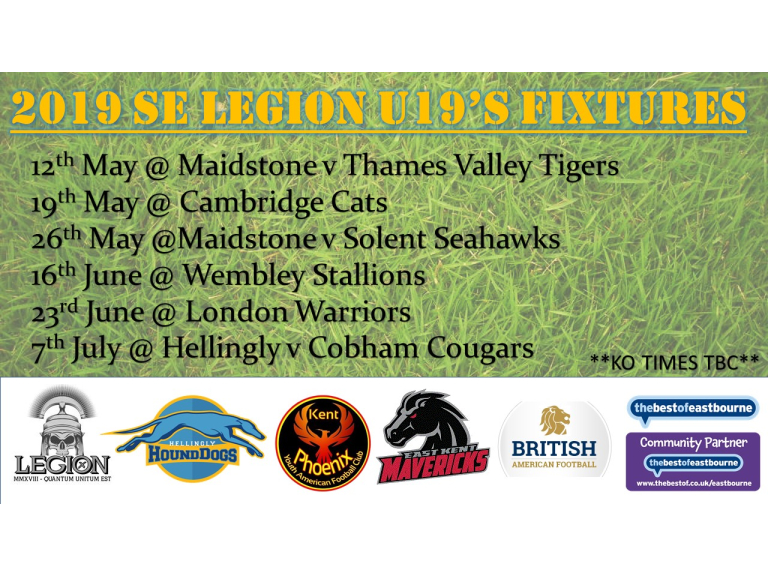 Back in december three clubs got to gether and discussed how they could get players in the U19's age group more games. The unamious option was to merge the three teams at the U19's age group to form a new side whilst keeping the players at their own clubs. The SE LEGION was formed.

Players come from the following teams:

The teams have met several times and held joint training session ahead of the 2019 National Championships.The fixtures have now been confirmed from BAFA (British American Football Association) and we can now share them with you.

With three home games it was agreed that one game will be hosted at Horsebridge Rec with the other two being held at Kent Phoenix's home ground in Maidstone.