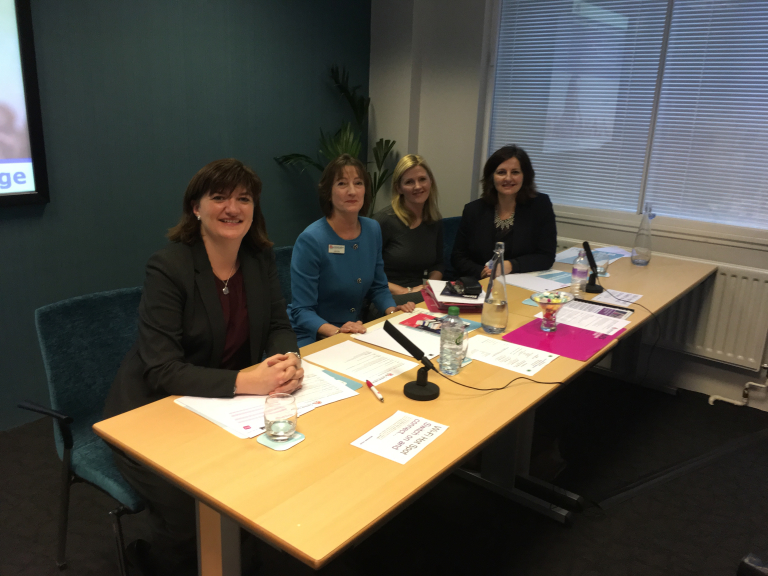 International Women’s Day on Wednesday got me into a reflective mood as I thought about the struggles women from just a few generations ago had to endure to win just basic rights.

I have the honour of being Eastbourne’s first ever woman MP but my grandma, who was born in 1893, didn’t even have the vote until she was in her thirties. How things have changed in an historical blink of an eye, and how proud she would have been to see these changes.

Of course, progress is relative and problems persist on issues like the treatment of pregnant women in the workplace, the gender pay gap and domestic violence that tragically sees two women murdered a week by a partner or ex-partner. There was also a debate in Parliament just this week about women still being forced to wear high heels in some jobs. There is clearly much more work to do.

On a positive note, Eastbourne has women in influential positions. We have a woman chief reporter here at the Herald. The chief executive of the chamber of commerce is a woman. The mayor, the county’s Police and Crime Commissioner and the director of the Towner Art Gallery all are too. These are women who can influence the next generation of girls to show them they can do whatever they want, and this is really satisfying to see.

But, this ambition to succeed primarily comes from family; from mothers and fathers who want the best for their children, regardless of their gender.

My mother is someone who gave me this ambition. She was born into disadvantage in 1930s Glasgow and I’ve always thought that if she’d been born into a different time she’d have changed the world.

As it was, she changed mine. She completely outperformed her start in life. She strove for a better life for herself and her four daughters. She was passionate about equal opportunities and education so perhaps this is why we all became teachers.

So International Women’s Day was an important event. The work is most certainly not done. This Government is addressing women’s issues. The highest number of women on record at 70% are now employed. The gender pay gap is at its narrowest since records began in 1997 and 12,000 more girls have taken STEM A Levels in the last five years.

Sadly, in other countries there is much to do with even basic access to education or the right to vote not guaranteed for millions of women. Add into that young girls forced into marriage and female genital mutilation and we all know there are considerable challenges ahead for too many women globally.

Here in Britain we have come far and we can be proud of our progress towards equality, but we must use our influence to ensure this progress is for every woman in every country. 2