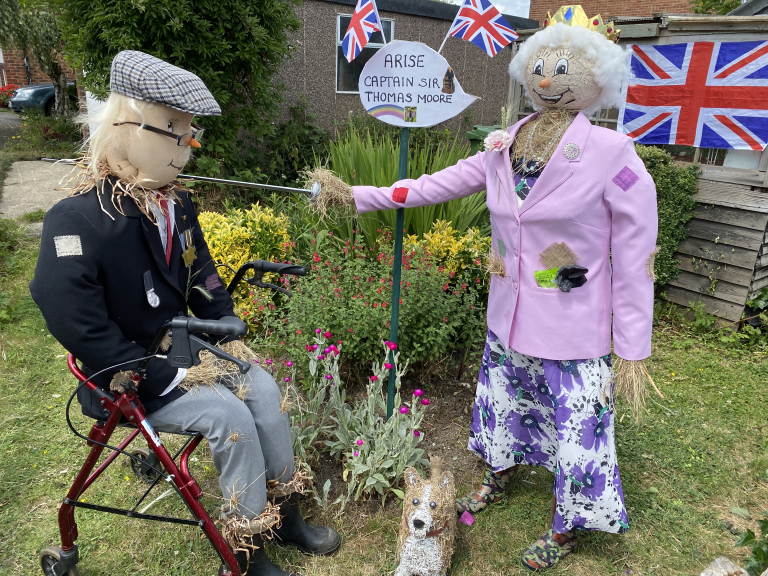 Nathan Dunbar,17 from Polegate has concluded the Polegate Scarecrow Festival 2020 this week and scarecrows were displayed around the town until Saturday (27th June). The Scarecrow Festival raised over £1300 for Charity which has been split equally between SERV Sussex and St Wilfrid’s Hospice.

Nathan said “I am very pleased with how the scarecrow festival ended up this year and despite worry at the beginning when our Summer Fun-Day had to be cancelled and although the amount of entries were low local residents all came together and put on a true spectacle of scarecrows. I am also glad there were so many people who wanted to come together as a community whilst benefiting local charities, who really need support during these difficult times. I would also like to thank all at the Windsor Club for sponsoring us as we really wouldn’t have had this festival without their funding, also I would like to thank Mr Green for running many different charity sales, collecting donations and selling items all in aid of our beneficiaries."

We hope see you back here in time for next year's Scarecrow Festival but this has not yet been confirmed, we appeal for anyone who can help us run the festival or to any businesses that can fund another Scarecrow Festival.”

Nathan has presented 7 awards to the best scarecrows which were judged by Cllr David Watts (Mayor) and Cllr Ms A Snell from Polegate Town Council and 4 special recognition certificates posted to those that made the final stage of judging along with the new People’s Choice certificate voted by the people of Polegate. He will soon present two cheques of £673.02 to each charity.

Awards are as Follows:

Best Scarecrow from a Polegate Business – The Dinkum – Pub Roof

Nathan would like to also thank all those who supported the events, donated to charity, and gave their time to help us raise over £1300.

Figures are as Follows:

Empowering Community Efforts to Support those who need it! We support local community groups, charities and projects whilst organising events for everyone!

I am the founder of the Polegate Scarecrows...

What Does Your Business Card Say About You?

How To Increase Your Email Open Rate!
Sign up for offers
Sign up for what's on guide
Become an author
Popular Categories