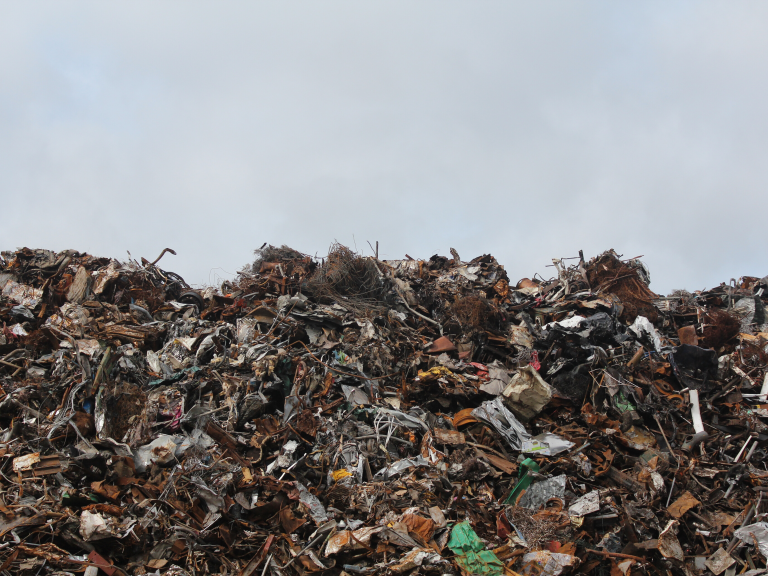 Now, more than ever, we are all encouraged to recycle. At Haulaway we manually sort through all the waste we receive here to separate it into individual waste streams. These are mostly cardboard, paper, plastic, wood and metal. Once separated the materials are baled and ready to be loaded onto lorries and ships for export to Europe or Asia for recycling. About half of the UK’s paper and cardboard and two thirds of its plastic waste are exported in total. Whilst this may sound nice and simple, the last couple of years have unveiled a different picture.
China
At the beginning of 2018, China, the world’s largest market for recycled waste, essentially decided to shut its doors to most of the waste it was currently receiving from other countries. It introduced the National Sword policy prohibiting 24 types of waste from entering the country on the grounds that the materials being received were too contaminated and of poor quality. Since then the value of recyclable materials has significantly decreased with cardboard prices having more than halved in the last 12 months.
So, where does this waste go?
With the UK producing 230 million tonnes of waste a year it is no surprise that this is more than it can process. For the US this figure is nearly twice the amount. Companies within the waste industry quickly turned to any other country that would take the waste including Thailand, Indonesia and Vietnam. Unfortunately, these tended to be the countries with the highest rate of ‘waste mismanagement’ meaning waste ended up burned or left in open landfills, illegal sites or facilities with poor reporting, making it hard to trace its final outcome.
In October 2018 mountains of British and European waste was found in illegal dumps in Malaysia. The waste was often burned or ended up finding its way into rivers and oceans. Consequentially in May this year Malaysia started turning back container ships because of public health concerns. Thailand and India also announced bans on the import of foreign plastic waste.
The Reality of Recycling
Recycling in the UK has stagnated within the last couple of years and the National Sword policy plus funding cuts have resulted in more waste being sent for burning in incinerators and ‘waste from energy plants’. Despite this it still has an impressive recycle rate of 45.7% of all household items being recycled. In the US it is only 25.8%. However, it could be argued that there has been some creative accounting to push the numbers up. In June this year, one of the UK’s largest waste management companies was found guilty of filling a container with used nappies, sanitary towels and clothes and marking it as paper.
Plastic
It is estimated that just 20% of all virgin plastic produced worldwide has been recycled. Even this is doubtful due to the unreliable fate of waste exports and some have argued that recycling plastic is a complete myth altogether with countries regularly dumping or burning large amounts.
All plastics can be recycled however many are contaminated (particularly household items) and the process is expensive and complicated with the resulting material being of a lower quality than what first went in. It is also argued that recycling plastic has such a high carbon footprint, the effect it will have on global warming is a greater concern to the environment.
Solutions
Chemical Recycling
One alternative is to turn problem plastics into oil or gas through industrial processes. Plastics are separated at extremely high temperatures into gas and an oil called plaxx. This can be used as a fuel or to make new plastic.
It is also worth mentioning that the use of plastic has reduced the amount of glass, metal and paper needing to be produced, which all leave a much higher carbon footprint during the production process.
What else is being done?
• In December 2018 the UK government published a new waste strategy which included a means to force companies to take responsibility for the plastic they produce.
• In May, 186 countries passed measures to track and control the export of plastic waste to developing countries.
• More than 350 companies have signed a global commitment to eliminate the use of single-use plastics by 2025.
• Countries are being pressured to invest in recycling infrastructure to enable them to cope with their own waste. It doesn’t seem right that civilised societies are getting rid of their waste to developing countries.
The Future
Recycling alone may not be enough to resolve the crisis. There needs to be more focus on ‘reusing’.
Whilst we have seen an increase in glass milk bottles and refillable cups and bottles there needs to be more encouragement along this route of reusing containers and packaging wherever possible.
Ultimately, we need to use less, reuse what we can and treat our waste as those in the industry see it – a resource. At Haulaway we don’t call it waste, we call it materials.
More

Haulaway Skips is a family run waste management company. We provide many services including skip, grab and tipper hire as well as recycled aggregates and topsoil. We recycle over 90% of all waste received...