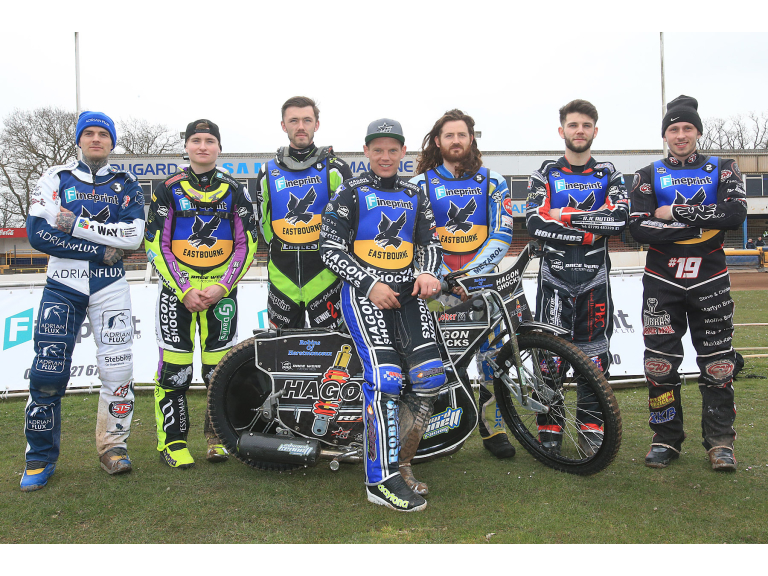 The Fineprint Eagles have returned to professional speedway and take on the Brummies in the Championship Shield. Tapes up at 8pm.

Both clubs stepped up from the National League (NL) during the winter and this first test at a higher level has an added twist – one of the Birmingham promoters is Sussex-born David Mason, who rode for the Eagles in 2015.

Eastbourne have built an all-British team led by captain Edward Kennett, who lives only a couple of miles from the track in Hailsham.

He is supported by newcomers to the Eagles, Richard Lawson, Lewi Kerr, Ben Morley and Alfie Bowtell.

Stepping up with the Eagles from the NL are Georgie Wood and Tom Brennan from Hassocks, just north of Brighton.

Director of Speedway, Jon Cook, said: “Our aim was to have an all-British team, if we could, and retain working relationships with riders we knew and trust.

“That meant immediate returns for Tom and Georgie.

“For me, it was an opportunity to work again with Alfie and Ben, who Eastbourne fans will know as visitors from the National League days, and Lewi and Richard who are cut from the same cloth as many Eagles of old.

“To lead the team on and off the track we selected Edward, for whom Arlington is in is DNA.

“I’ve a feeling he’s in for a big year and to have a Kennett in the team, and captaining it at this time, feels very right.”