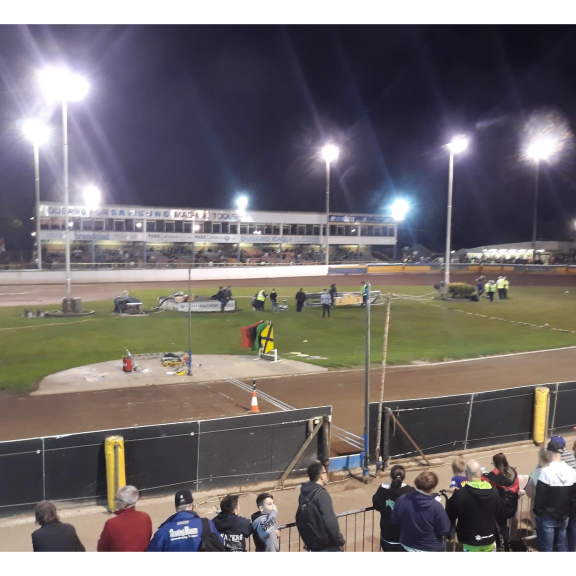 The meeting will also raise money for Macmillan Cancer Support, which is a Fineprint Eagles’ nominated charity for 2019.

Money raised at the special night will be channelled to the charity through one of our sponsors, The Holly Blue pub and restaurant, which is between Stone Cross and Hailsham.

The Holly Blue – which has Macmillan Cancer Support as its primary charity this year – will back the evening with some free vouchers and giveaways.

Head of Speedway, Jon Cook, and commercial director, Ian Jordan, decided to reduce admission prices for the meeting, and help a major cancer charity, to show regular supporters that they were valued; as well as the newcomers attracted through the club’s acclaimed community programme.

Ian said: “Macmillan is a fantastic charity and one that has touched the hearts of so many of us and which, for some close to the club, continues to do so.”

Jon added: “Our decision to offer support was strongly influenced by the assistance given to Tom Brennan’s mother, Sarah, who continues to have treatment for cancer.”

In addition, Eastbourne Speedway will donate money from every programme sold and the £100 from the usual programme draw (suspended for the week) will be given to the charity.

Collection boxes will be found at various points around the stadium.

Jo Capon, wife of the manager of The Holly Blue, Leigh, raised more than £1,500 recently on a 26.2 mile Brighton to Eastbourne Walk.

Mr Jordan said: “We hope that everyone will not only come and support this sponsor themed evening but bring friends along too.”