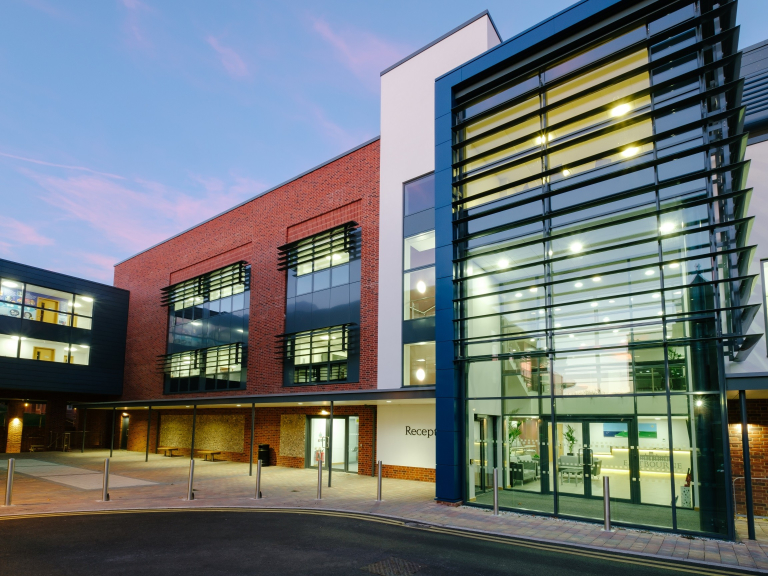 On Friday 21st June, Dame Katherine Grainger took time out of her busy schedule as chair of UK Sport to tour Eastbourne College's newest facilities, talk with pupils and converse with representatives involved in realising the College’s bold Project 150 vision.

With five Olympic medals, Dame Katherine is Great Britain’s most decorated female Olympian. She is a 2012 Summer Olympics gold medallist, four-time Olympic silver medallist and six-time World Champion. Dame Katherine Grainger captured the hearts of the British public during the London 2012 Olympics when she won a convincing gold in the double, partnered by Anna Watkins. The pairing had previously broken the Olympic record during the semi-final heats with a time of 06:44.330, one that has stood ever since. She is currently backing the Telegraph’s ‘Girls, Inspired’ campaign, is working on the possibility of another London Olympics in 2036 and aims to create a legacy that will see sport enshrined in British culture forever.

The inception of the Project 150 dream sprang from the idea that the College needed to build for the future. By combining 20 years’ worth of development into four years, the College could help secure its position as a sector-leading education provider for many years to come. Over 1000 generous and kind-hearted donors helped to raise the necessary funds for the redevelopment which is proving to be a winner with the parents, pupils and staff.

Lending her oar of approval to the project’s bold architecture (courtesy of Miller Bourne architects), Dame Katherine began her visit with a tour of the school’s new Winn and Nugee buildings. Led by Aimee Helyar and Joe Pocklington, the current head girl and head boy, the tour gave Dame Katherine a taste of how the redesigned campus has transformed the learning environment for the whole school community.

The first stop on the tour was the new dance studio where she met artist Jessica Lambinet, the French designer behind the College’s most recent installation, two award-winning stained glass windows, produced in Paris and inspired by Da Vinci’s Vitruvian Man.

Next up was a visit to the College’s new sports facilities which Dame Katherine was very keen to see. She was clearly impressed that all pupils can use the new facilities, not just the top teams and rapt over the College’s expansive and inclusive physical activity programme.

Viewing the top-spec fitness centre overlooking the new Olympic-grade 25 metre swimming pool, Dame Katherine must have been reminded of the many sacrifices she made on her road to Olympic glory, and the many hours spent on rowing ergos.

Moving on to the Nugee building, which has brought 32 new classrooms and bright exhibition spaces to the College, Dame Katherine visited pupils working diligently on their mathematical problems before moving on to the new pavilion building where a Model United Nations class was in session. 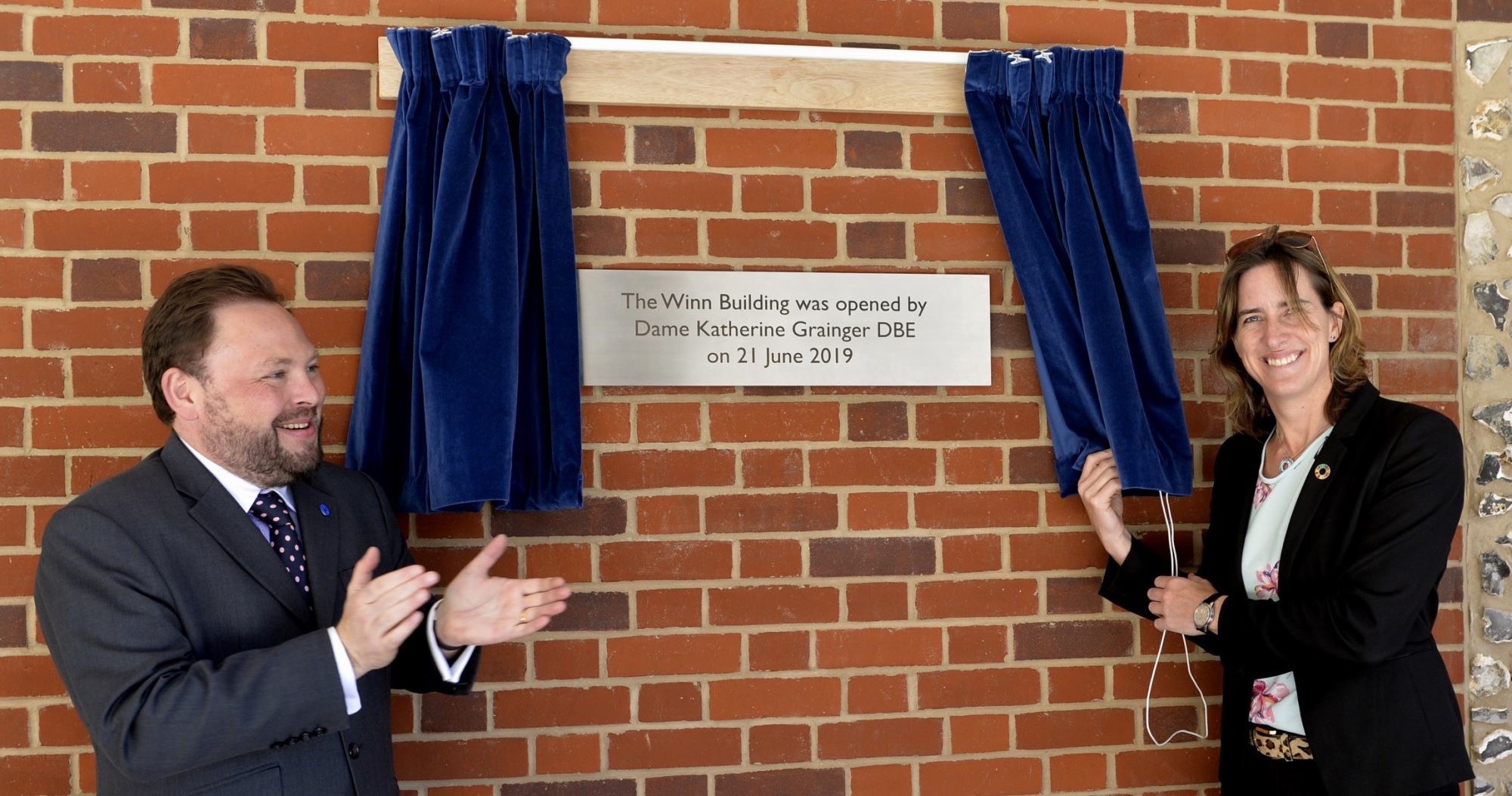 Just before lunch, Dame Katherine took the opportunity to address pupils of the College and St Andrew’s Prep. The pupils were captivated from the outset as she spoke about her sister having to deal with unkindness when they were growing up which was her inspiration to make a positive change to the world. Dame Katherine studied Law at Edinburgh University where she had to be persuaded three times to try rowing. She described her disappointment when she didn’t make the top 16 squad out of 52 women and how, although upsetting, it only drove her to pursue her passion further.

The Olympian said that the path to success is often paved with difficulty and set-backs and recounted the time she was beaten to silver medal at the 2008 Beijing Olympics, despite being tipped to win.

Dame Katherine then turned to the awe-inspiring nature of the Olympic Games, painting a wonderful picture with her words about the 2000 Sydney Olympics and the emotional impact of Cathy Freeman lighting the Olympic flame that was to unite the Australian nation, and later her gold medal 400m run in front of over 110,000 spectators at Stadium Australia.

Concluding her address, she urged the pupils to be open to new ideas and said that it was important for them to take every opportunity they get and nurture it.

After the talk, Dame Katherine unveiled a plaque outside the Winn building to officially open Eastbourne College’s spectacular Project 150. Joining Dame Katherine at the formal opening ceremony were the team behind Project 150, including Tom Lawson, chair of governors Philip Broadley and the College’s leading benefactor David Winn OBE. Local dignitaries such as Eastbourne MP Stephen Lloyd, the Mayor, the Lord Lieutenant for East Sussex and the CEO of Eastbourne Borough Council were also in attendance.

The College is an exceptionally open and friendly place where visitors are warmly welcomed by staff and pupils.

Ensure a safe work environment and employee wellbeing after lockdown