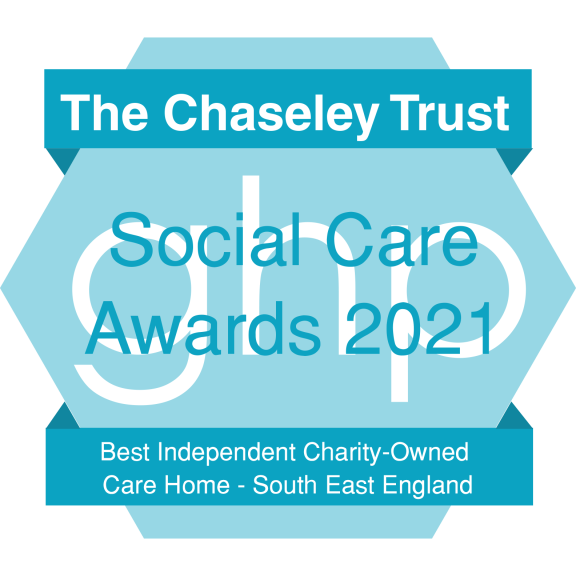 The 4th GHP News annual Social Care Awards are a great way to demonstrate an organisations achievements over the past year and serves as an opportunity to show employees just how much their efforts are valued and provides those who contribute towards the success of a business, the recognition they deserve.

Chaseley received a nomination for an award and GHP’s dedicated research team assessed all the information presented to them.  They gathered information independently from a variety of publicly accessible sources, which are then assessed alongside any material supplied by the nominating party and the nominee themselves. The research team cast their final judgment based on various criteria such as great contribution to global healthcare industries, longevity, diversification, sustained or continued growth, significant innovations, feedback from patients and customers etc.

After many weeks of research and deliberation it was confirmed, that for the 2021 Social Care Awards, The Chaseley Trust has been awarded the Best Independent Charity-Owned Care Home - South East England

It goes without saying that this is a fantastic achievement for Chaseley and is a true reflection of the team’s hard work and determination throughout 2020.  Last year was one of the toughest 12-months that the Social Care industry has had to face. As the Covid-19 pandemic gripped the world, it was the front-line Health and Social Care Workers who valiantly guided our communities safely through this pandemic by offering care and support where others could not.

Emma Rich-Spice, Chaseley’s new CEO says “On behalf of all The Chaseley Trust staff and residents we are incredibly delighted to have received this award. This is fabulous recognition of the work done by a marvellous team, who ‎do everything in their power to help provide specialist, complex nursing care for adults with a wide range of neurological and physical disabilities such as, spinal injury, acquired and traumatic brain injury, stroke, loss of limbs and progressive conditions such as Multiple Sclerosis, Motor Neurone and Parkinson’s Disease. We would like to thank our Trustees, families, supporters and GHP News for this incredible honour.”

Chaseley is a unique, independent charity owned 55-bed home based in Eastbourne and specialise in long-term nursing and respite care for people with complex disabilities, such as Acquired and Traumatic...