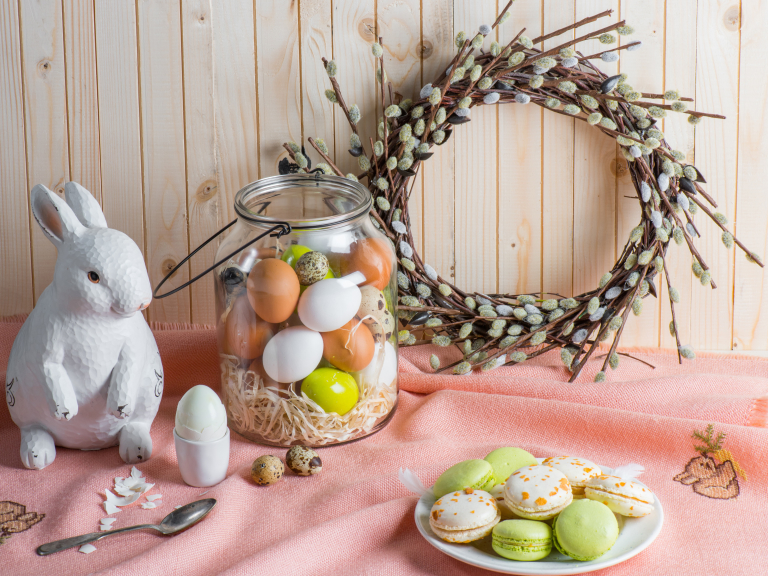 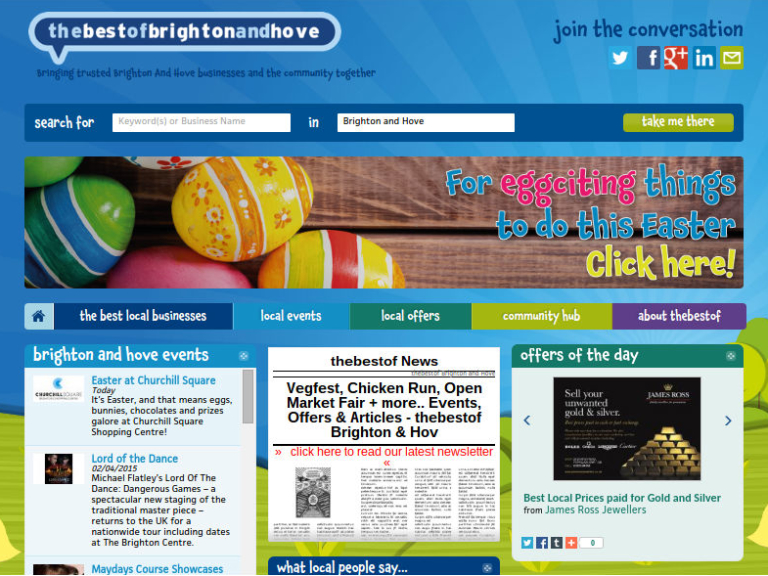 Easter signals the beginning of spring and there are loads of fun events going on around Brighton and Hove over the long bank holiday weekend. We’ve chosen 12 of the best.

If you have any suggestions, enter them in comments section below...

Easter Egg Hunt - Kick off Good Friday with an Easter egg hunt at the Mayberry Garden Centre in Old Shoreham Road, Hove. Kids will be able to meet Mr Bunny and there’s a colouring competition and tombola too. It’s starting at 10.30am and running until 4.30pm. The event will help raise funds for Lumpy Lodge, a sanctuary for rabbits and guinea pigs in Portslade. More info on http://www.lumpylodge.co.uk/10.html

Brighton Festival Chorus - Bach’s St John Passion was first performed on Good Friday 1724 so it’s fitting that this Prom-style concert is being performed by the Chorus again today. The setting is Brighton Dome and it starts at 3pm. For more information, visit http://brightondome.org/event/6878/st_john_passion/

Spamalot - On Friday and Saturday you can catch the last performances of the hit West End show Spamalot at Brighton’s Theatre Royal. The Monty Python inspired comedy musical about King Arthur and the Knights of the Round Table has won numerous awards and wowed audiences around the world in the ten years since it was first performed on Broadway. For more details, visit www.atgtickets.com As well as evening shows (starting 7.45pm) there’s a matinee on Saturday afternoon (2.30pm).

Brighton Museum - If you’re stuck for things to do with the kids, there’s plenty going on at Brighton Museum over the Easter holidays. Today, you can “meet” fossil hunter Mary Anning and get hands on with fossils from the museum’s Natural Sciences collection. It’s

free and it’s a drop in so you don’t need to book. Read about this and other events on at the museum at brightonmuseums.org.uk

Kemptown Carnival Fundraiser.  There’s a fundraising party night at Concorde 2 to raise money the 2016 Kemptown Carnival. The aim is to make sure the event is bigger and better when it returns next year after a year’s absence. The event includes various live musical acts and DJs. Doors open at 11pm and the event ends at 4am.For more details on the line-up and tickets, visit http://www.concorde2.co.uk/events

Easter egg hunt in Preston Park - Children under 12 can win an Easter egg at Preston Park’s annual egg hunt and drawing contest. The event, where children track down clues around the popular park, is being held between 11am-2.30pm. It costs £1 to enter.  http://www.friendsofprestonpark.org/?month=apr&yr=2015

Krater Comedy Club - Bring some laughter to your Easter weekend at the ever-popular Krater Comedy Club. Doors open at the Komedia venue in Gardner Street at 6pm when food and drink is available. Saturday’s line-up of comedians includes Jo Caulfield, Tom Wrigglesworth and Ben Norris. The MC is Brighton’s own Stephen Grant. Suitable for over 18s only. For prices and more details, visit www.komediabrighton@ticketsolve.com

Shoreham Fort - Just along the coast at Shoreham the kids can take part at a fun day at Shoreham Fort. On Easter Sunday between 12pm-5pm, children can join in a number of activities including egg and spoon races, have a go on the shooting range and even find out what it’s like being a solider on parade. There will also be free tours between 1pm-3pm at the setting south of Buckingham Park on the coast at Shoreham.  For more details, visit http://www.shorehamfort.co.uk/join-us/events/

Egg Rolling Contest - Why not bring your own decorated, hard boiled eggs and enter the annual egg rolling contest at Brighton’s Blakers Park off Preston Drove? The event is open from 10am and the challenge itself down the park’s slope starts at 10.30am. It costs 50p to enter and prizes are available. There’s also a treasure hunt in the park (again costing 50p) with prizes available. http://www.blakerspark.org.uk/content/category/whats-on

Richard lll - You can brush up your Shakespeare this weekend too. The Bard’s historical

drama Richard III about the infamous monarch is being performed by the New Venture Theatre (April 3 and 4) as an abridged rehearsal reading at the theatre company’s Bedford Place venue. For more details, visit    http://www.newventure.org.uk/

Lord of the Dance: Dangerous Games - Fans of Michael Flatley will love Lord of the Dance: Dangerous Games which is at The Brighton Centre tonight, Saturday and Sunday. Directed by Flatley himself, it’s a new staging of the dance and features 40 outstanding young performers. Flatley will be making a guest appearance in the evenings. He has announced that these will be his final performances in the UK and Ireland. www.brightoncentre.co.uk

And there is even more below from our weekly list of Things To Do in Brighton and Hove...

Sugar Kicks@Rialto_BrightonSugar Kicks delight  in bringing you performances inspired by some of the most iconic films ever made. Enjoy a night of hedonistic, awe inspiring, fun and sexy performances.10pm, £15 - £25Rialto Theatre11 Dyke Road, BN1 3FE

Spamalot@TheatreRoyalBTNMonty Python’s Spamalot gallops back out on tour to bring the West End production to theatres across the land as Joe Pasquale reprises his much loved role of King Arthur alongside Bonnie Langford and many others.7:45pm, £13.40 - £46.40Theatre Royal BrightonNew Rd, BN1 1SD

Brighton & Hove Food and Drink Festival@brightonfoodEnjoy a showcase of fantastic food, drink and hospitality at the largest festival of its kind in the south of England.10am - 5pmNew RoadBN1 1UF

Standby for Tape Back-Up@TOMvenueUsing nothing but found-footage from one of his granddad’s old videotapes, Ross Sutherland attempts to draw out his entire life story.8pm, £12The Old MarketUpper Market Street, BN3 1AS

Resurrection@SoulbytheSea_The Resurrection is a moving portrayal, faithful to the original scripture, of the days leading up to Jesus’ arrest, death and resurrection.2pm, freeThe BeachfrontBelow Old Ship Hotel, BN1 1NB

Easter Monday Eggstra Fun Day@Blakers&FivewaysBTNBring your own hard-boiled eggs, decorated if you wish, and enter them into the egg-rolling contest, followed by a special treasure hunt in Blakers Park.10am, 50p each eventBlakers ParkBN1 6FG

McBusted@BrightonCentreWith the excitement of 2014’s most incredible, jaw-dropping arena tour still ringing in fans’ ears nationwide, and almost exactly one year on from their formation, McBusted announce their return to the live stage in spring 2015.6:30pm, £41.50Brighton CentreKings Road, BN1 2GR

Annabelle’s Skirtingboard Adventure@TOMvenueFrom the creator of the Little Howard shows, a brand new theatre show for young children which combines animation, film and music, all created live before the audience.2pm, £8.50The Old MarketUpper Market Street, BN3 1AS

Games to Play with your DoctorDr Phil puts the fun back into being ill in his new show - part of a charity comedy night raising money for the Pendsey Trust, a type one diabetes charity in developing countries.7pm, £5 - £15 Jubilee Lecture TheatreSussex University, BN1 9RH