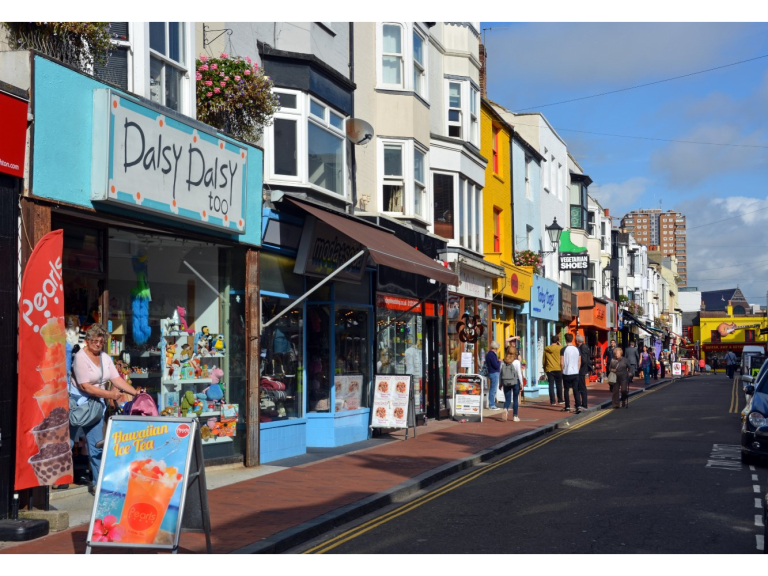 New research by SME insurance provider, Superscript, has identified Brighton and Hove as the second most entrepreneurial city in the UK.

Using new data released by the Office for National Statistics, Superscript calculated that between 2020 and 2021, the number of small businesses with up to 49 employees in Brighton and Hove grew by an impressive 1,095: an increase of 7%. Cross-referenced with the government’s latest population figures to generate a ‘businesses per capita’ score for every town and city - this placed Brighton and Hove in runner-up position behind Leicester, which claimed the top spot.

Completing the list of the top ten most entrepreneurial cities, in order of position, were Southampton, Peterborough, Manchester, Gloucester, Preston, Sunderland, Cardiff, and Carlisle.

With ‘The Great Resignation’ sweeping across the UK, largely influenced by the estimated 11.6 million jobs that were affected by the government’s furlough scheme, this has prompted many workers to re-assess their short and long-term priorities – becoming a catalyst for a boom in entrepreneurship.

The No Catch Co is just one of the many entrepreneurial success stories to be found within Brighton and Hove. Commenting on why they chose the city to base their business, Manager and Co-founder, Kevyn Bourke, said: “Brighton is a diverse community, so it’s extremely welcoming for people from all walks of life. There are so many vegans, and also non-vegans who are open to trying new things. Most of all, there are so many fish and chip shops along the coast, but none that are purely vegan.

“Brighton is also a popular tourist destination all year round, so it just feels like it fits. We had high hopes No Catch would take off, but we didn't think it would happen this quickly. It’s well exceeded our expectations and we are making it our mission to take on the fishing industry to show everyone we do not need to kill sea life and exploit the oceans when we have an amazing plant-based alternative.”

Cameron Shearer, Co-founder and CEO of Superscript, adds: “While the past year may not have seemed like an obvious time to launch a new business, it appears that furlough, reduced hours, and other factors such as working from home have spurred many employees to reassess their professional and personal goals.

“Given the spike we saw in young companies coming to us for flexible and bespoke insurance cover over lockdown, and the entrepreneurial spirit flooding the nation, we wanted to identify the cities that have seen the highest growth in small businesses. By plotting these new venture hotspots, including Brighton and Hove, on a map for people to see and share, we’re able to highlight and celebrate those towns and cities across the UK that are perhaps underappreciated for all that they offer to entrepreneurs and businesses - as well as all the talented entrepreneurs they contain!”

To see the full map of the UK’s most entrepreneurial towns and cities, including case studies from a selection of exciting entrepreneurs working in those locations, visit: https://gosuperscript.com/most-entrepreneurial-locations/

Uploaded on behalf of GravityGlobal.com
More