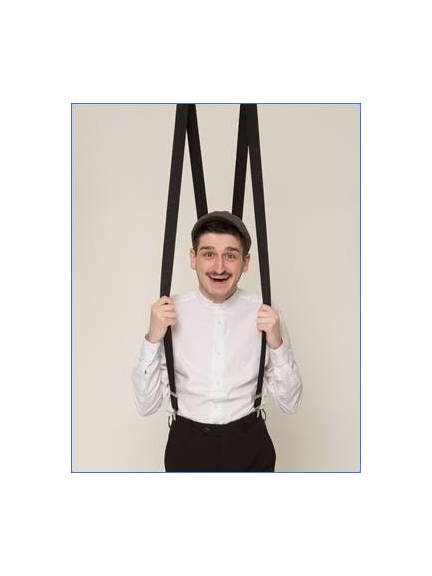 Multi Award-winning stand-up comedian and Hull local Jack Gleadow is one of the most unique performers on the UK comedy circuit today. Jack makes his much-anticipated Brighton debut at The Warren’s Theatre Box this coming May with his show ‘Mr Saturday Night’. This follows last year’s performance at the Edinburgh festival when he was part of the prestigious Pleasance Comedy Reserve. With his own distinctive comedy voice, Jack takes his inspiration from the golden era of variety with influences such as Norman Wisdom, Bruce Forsyth and Lee Evans. This talented young physical comedian is a one-man stand-up variety show whose use of sounds, stories and jokes (and even a scooter!) are a joy to behold.

When Jack Gleadow was born, Whigfield’s Saturday Night was number 1 in the charts - but what does Saturday Night mean to Jack? This show is a love letter to the entertainers of the past and comedy’s traditional beginnings with Saturday night TV that had something for everyone. It details his unique story of growing up and falling in love with performing.

As a child he took an early interest in magic and originally became a magician travelling the world before eventually being kicked out and banned from the magic circle at the tender age of 14! After a brief stint working at Primark, Jack fell back in love with comedy from the old school era and especially comedians who had catchphrases and were stalwarts on Saturday night telly! His dream was to become the new Bruce Forsyth!  Watch him as he takes you on a journey of laughter through stand-up, magic, music, dance and audience participation. Jack is a comedy one-man-band. A jack of all trades and master of fun!

Jack is in huge demand on the live comedy scene. All well as performing across the top UK comedy clubs he has performed at festivals such as Latitude and Glastonbury, and has also provided tour support for Lloyd Griffith and Carl Hutchinson. He has won and been nominated for numerous awards that include his win as the 2017 Amused Moose National New Comic, 2018 Leicester Mercury Comedian of The Year and this year’s nominations for Chortle’s Best Newcomer and at the Leicester Comedy Festivals’ for Best New Show.

Issued for and on behalf of RBM Comedy