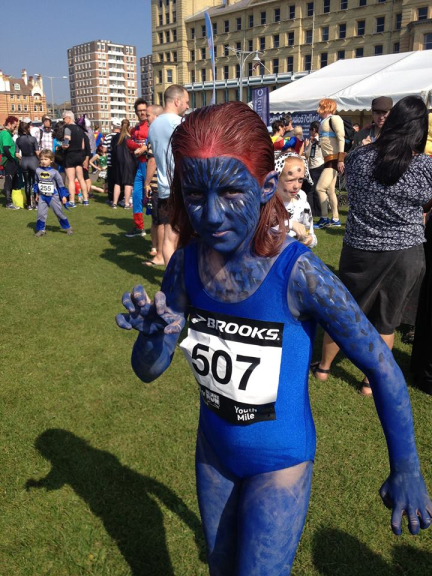 The organisers of the Brighton Heroes Run, the prime fundraiser for local based charity Pass It On Africa, declared last Sunday's 10th anniversary event their most successful yet.

1,445 men, women and children took part in the various running events in glorious sunshine. It was a truly fantastic day with wonderful weather and even better costumes and a festival like atmosphere.

This year the THE HEROES were pitted against THE VILLAINS in competing 5km and 10km races....

The HEROES successfully defended their turf against the VILLAINS, winning both the 5km and the 10km team competitions by being the first team to get 100 finishers in each race. The VILLAINS being sore losers have sworn vengeance for next year!!

Both HEROES and VILLAINS together raised an amazing £13,391.86 for Pass It On Africa with more expected to come in from collected sponsorships over the next few weeks.

To donate to Pass It On Africa click here.

Did you take part in Heroes v Villains Run this year?

See if you can spot yourself or someone you know in the 2014 Heroes vs Villains Run Photo Gallery.

thebestof Brighton and Hove feel proud to be involved in supporting Team Heroes Run again this year - we were there handing out medals to the fantastic finishers and collecting people's opinions at the end of the races....

Here is some of what you had to say about your experiences on the day.

Find out more about Heroes Run and Pass It On Africa:

Decent Fundraising for The Rainforest Alliance