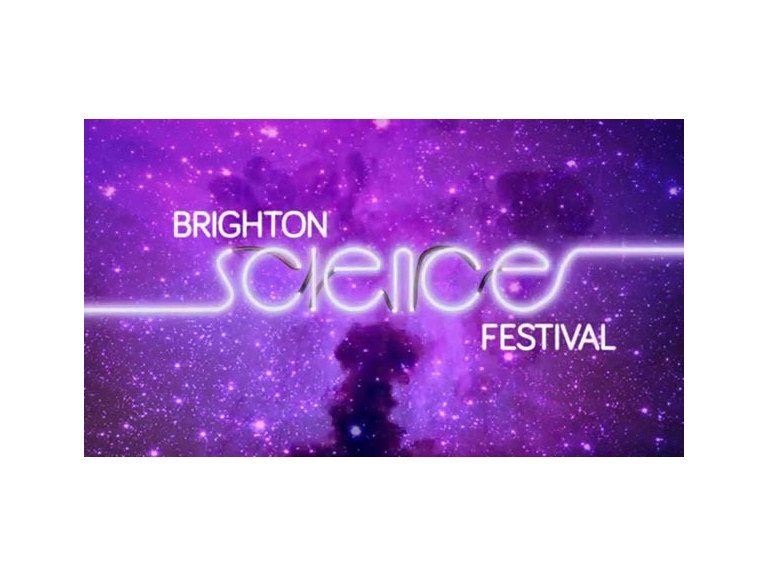 After eleven years of bringing the world’s best science to Brighton (and Brighton’s best science to the world) every February, Brighton Science Festival has far too many events for one month to contain – so we’re spreading our wings to other parts of the calendar.
The festival kicks off the new September programme with a triple bill of scintillating science, guaranteed to enthuse and enthrall curious people of all ages.
Big Science Saturday – 17th September
A day of talks and discussions from an incredible array of scientists and experts – covering the entirety of human knowledge (well, almost) in just six hours.
From the complete history of the universe (delivered at a billion years per minute) to how stupidity helps businesses get things done (in the short term, at least), via such thorny topics as why renewable power is inevitable, what the ‘obesitycrisis’ actually is, and why legs are a greatly underrated invention, expect a non-stop cavalcade of scintillating science guaranteed to get you thinking, questioning, learning and laughing.
Saturday 17th September, 10.30am – 5.30pm
Sallis Benney Theatre, Brighton,
£7 / £5 – Tickets
Information and Booking...
Ugly Animals – 17th September
A two-headed beast of a show with illustrated talks from Simon Watt and Richard Robinson. Would the WWF get as many donations if its logo was a blobfish rather than a panda? Why should the most attractive animals get all the praise? Simon Watt fights the cause of some of the planet’s less photogenic species.
Is your boss a hammerhead shark? Or more like an assassin bug? Richard Robinson opens the Book of Beasts and looks at the parallels between the world of work and the wonders of nature.
You will recognise many of these creatures – and you are at least one of them yourself.
Saturday 17th September, 7pm – 9.30pm
Sallis Benney Theatre, Brighton
£6 / £3 – Tickets
Information and Booking...
Take Nobody’s Word for It – 18th September
Discover the art of arguing without being cross and disagreeing without being disagreeable. Debating can be both boring and aggressive –we’re going to make it fun. Join in with a series of talks and games designed to polish your debating skills.
All this is accompanied by some very special guests, including Rob Eastaway’s Maths on the Go – games to make even the longest car journey bearable, Jillian Scudder taking on all comers in the physics quiz show Astroquizzical, and Dominic Johnson telling us how God is Watching You – whether you like it or not. To round things off, Sense About Science cover how to ask for evidence, and make sure something’s true before jumping to conclusions – politicians take note!
Sunday 18th September, 10.30am – 5.30pm
Sallis Benney Theatre, Brighton
Entry by donation
Information and Booking...

For further information, including review tickets to the events, or requests for interviews, please contact Richard@brightonscience.com or call 01273 777628