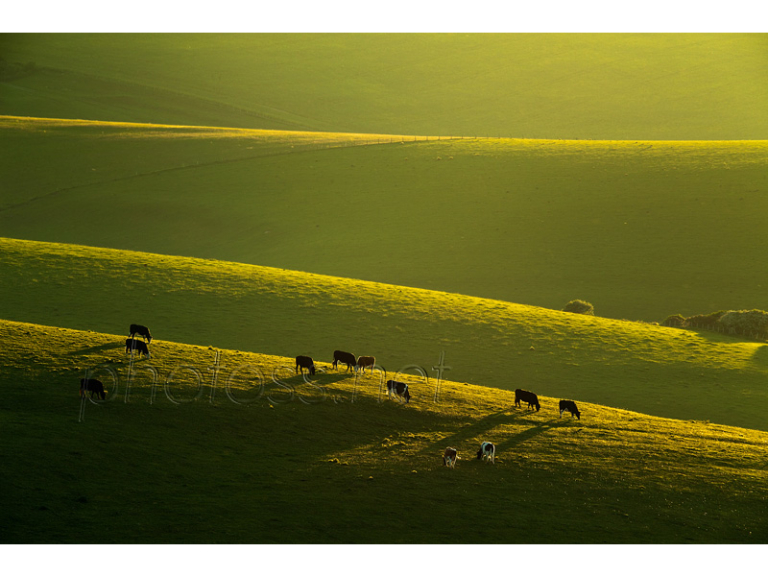 When I moved to Brighton in mid 2007, the scenery of the downs felt really refreshing and stimulating at first, and very soon... also quite frustrating, photographically speaking. My first attempts at capturing the essence of this landscape were a miserable failure. The local images I could find online at the time were uninspiring and it took me months and a lot of legwork to come up with an approach that would at least get close to doing the South Downs justice.

Although I didn't have any local inspirations, I wasn't of course operating in a vacuum, like everyone else, I stand on the shoulders of giants. The authors who, unknowingly, pushed me in the right direction were photographers working the landscape of such regions in Europe as Tuscany in Italy, Morava in Czech Republic or certain upland areas in Poland. If I were to point to one specific influence that contributed to the refinement of my South Downs style, it would have to be Marcin Sacha, a photographer based in southern Poland, who - to the best of my belief - has long since got bored with landscape photography as such. 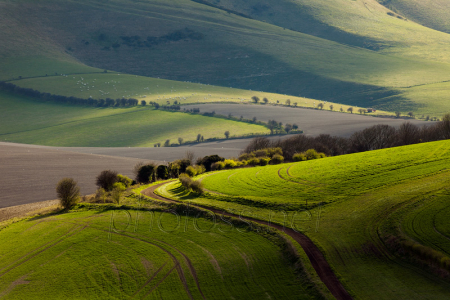 The source of my initial frustrations was mostly the general lack of suitable foreground which could serve as a base for meaningful compositions in the more traditional, wide-angle approach to landscape. There are no rocky outcrops, unless you take chalk pits into account, which I don't find particularly photogenic; picturesque lone trees are in short supply on the downs, and any sightly man-made structures, like churches or cottages, are usually situated on the plains. As the hills don't have distinct peaks, wide-angle treatment pushes them away visually and flattens out the already gentle curvature.

And the curvature is in my view the essence of the South Downs landscape. In order to accentuate it, I've been using mostly longer focal lengths (telephoto). This way I can “zoom in” on the curves, slopes, interlocking shoulders, and thus focus the viewer's attention on what is really important, without unnecessary distractions. Long lens also allows me to bring out the rich textures of the farming landscape, and since I typically avoid skies in those frames, the images often gain a somewhat abstract quality. Naturally, there is a lot more in the mix, lighting, timing, composition, but all that applies to photography in general... 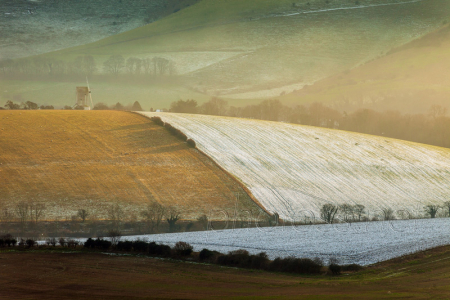 Eight of my photos taken on the South Downs around Brighton were commended in three consecutive editions of Landscape Photographer of the Year competition, 2009-2011. Today I run photography workshops on the downs and further afield, and regularly speak to camera clubs in the South East.