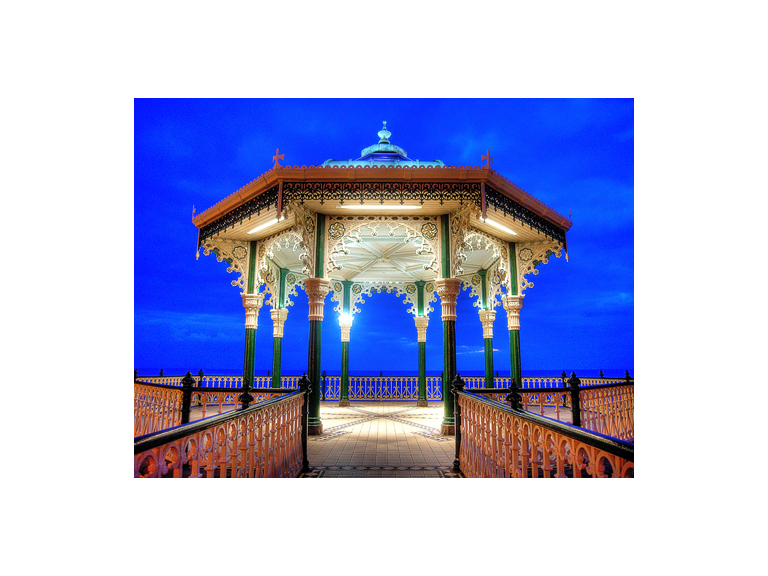 I have photographed the (recently restored) Victorian Bandstand on the seafront a few times before and have a few more shots of it that I'll blog about at some point here on "The Best of". However, I think this shot is one of the best I have taken of it as it shows it off in all it's illuminated glory. In it's day the Victorian's had a nickname for it, they called it "The Birdcage" and it was completed in 1884 and is considered to be one of the finest examples of a Victorian bandstand still surviving in England today.

'Justin Hill Photography' is based in Brighton on the south coast of England.