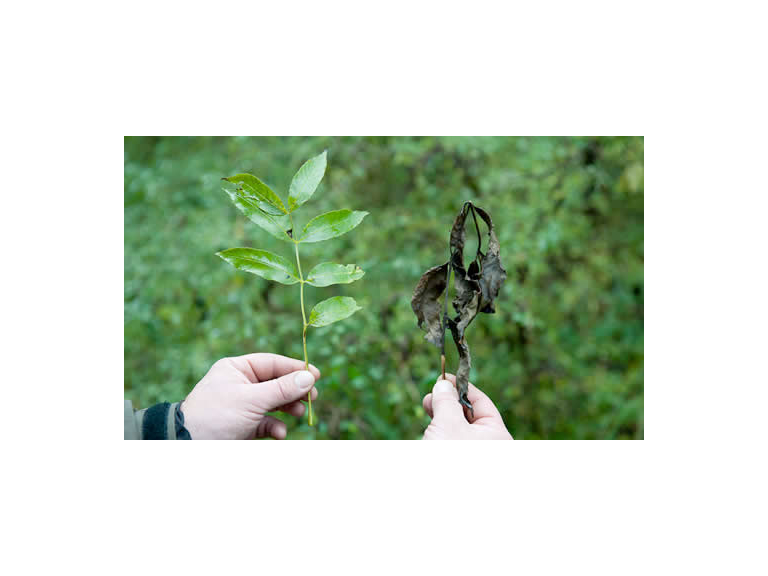 By Dr Tony Whitbread, CEO of the Sussex Wildlife Trust

The situation with ash dieback has moved very fast over the last few days. It now looks like we have moved well beyond a time when simply eradicating the disease was a realistic possibility. The disease is now here and we are going to have to live with it.

So what lessons can we learn?

First is a general point about the health of our environment. Tree diseases happen, quite naturally, causing local tree death in woodland. In limited amounts this is just part of a natural process that simply opens up woodlands, allowing light to reach the floor and encouraging natural regeneration to flourish. This is not damage, this is nature, and the effect is to make a wood richer. The first point therefore is that we need to develop a rich and resilient environment where the loss of occasional trees is made up by natural regeneration.

Our problem today, however, is that we are seeing the appearance of more diseases and they seem to be more virulent than might naturally be the case.

The second point relates to biosecurity. The UK must get much better at making sure that the incidence of these diseases reaching our shores is reduced. Many people have made this point so we now need to see some long-term action.

When it comes to the current situation with ash trees, however, what do we do now?

The desire to “do something” might result in calls for expensive clearance of woodland, to burn the infected material, even to spray with fungicide and to replant with new ash trees. Every element of this approach would be wrong.

Any strategy must be led by science. This is why reported sightings from the Forestry Commission, Defra and the general public are so important. This tells us how widespread the disease is and so what management strategies might work. Science may also give us a better understanding of the disease and what remedial actions might be, to some extent, effective. If cases were well isolated then local eradication may have been a possibility but the result of these surveys shows that this is not the case and therefore the slash and burn approach should probably stop.

Cutting and burning suspect trees over a large area will result in the loss of trees that may have had some level of resistance to the disease. It would not prevent the disease spreading but it would stop the development of a resistant ash population and it would damage the woodland ecosystem. More than ineffective, it would be counter-productive.

Replanting opens the questions of what with and where from (and why)? Ash trees are one of the most freely regenerating of the trees that we have. Leave any area of ground near an ash tree alone and pretty soon you’ll have thousands of small ash seedlings competing for space. The most successful will survive but the vast majority will die. Ash die-back has been said to kill 90% of trees in some areas. However, in freely regenerating areas 99% of these small ash seedlings could easily be lost and there will still be more than enough potential new trees available. This will be far more vigorous, more successful and more genetically varied than a few replacement planted trees.

We often forget the power of natural regeneration. A good friend, Patrick Roper, has been studying what happens in just one square metre of land in his garden if you leave it alone. Being an expert naturalist he can name everything that is on there – from trees to insects. In his one square metre (that’s just the space taken up by one large paving slab) he has ash, hazel, oak, hornbeam, willow, holly, birch, sycamore, elder and hawthorn all regenerating naturally from seeds that blew in. And the ash has survived even after being eaten by rabbits for three years!

Forget the heavy intervention and expensive approach of slash, burn, poison, replant (and then do the same again when it fails) and instead develop a rich and resilient nature that is able to heal itself.