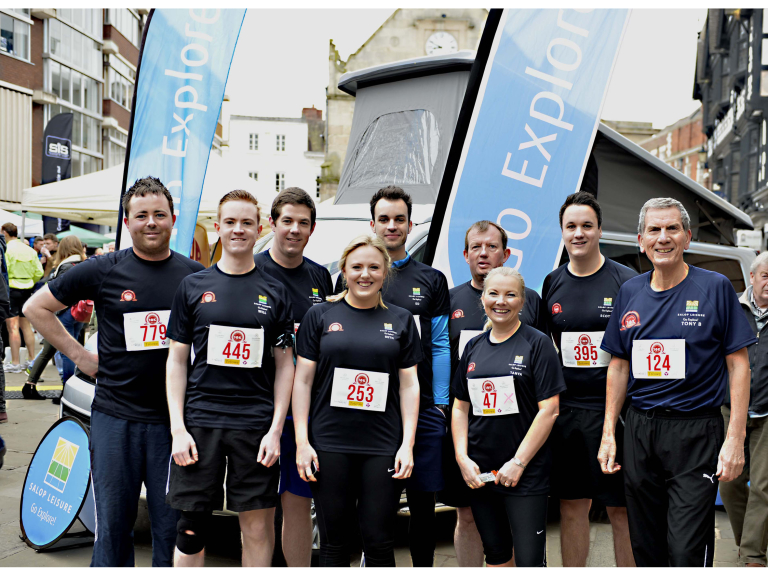 A team of runners from Salop Leisure caravan dealership took part in a 10km road race in Shrewsbury on the 20th March. As well as supporting the Mercedes Benz Shrewsbury 10k organised by Ultimate Fitness Experience, Salop Leisure’s team decided to throw themselves into the challenge of another 10 kilometres on Sunday.

Led by chairman Tony Bywater and joined by managing director Dylan Roberts, the team also included Scott Higgins, Ed Glover, Will Butler, Tanya Bebb, Beth Edwardes, Andy Davies and Jordan Smedley. The first of the Salop Leisure team to complete the course was Will Butler, in an impressive 50 minutes.

The race was a highly popular event, being sold out with 1,000 runners within four weeks of opening for entries.

“We were delighted to support the race, which is good for the town’s profile and promotes health and fitness amongst the citizens of Shrewsbury,” said Tony Bywater, whose business is based at Emstrey on the outskirts of town.  “There are massive personal benefits associated with fitness and good health.

“Improved fitness has been shown to improve concentration levels and productivity, as well as making individuals feel better about themselves.”