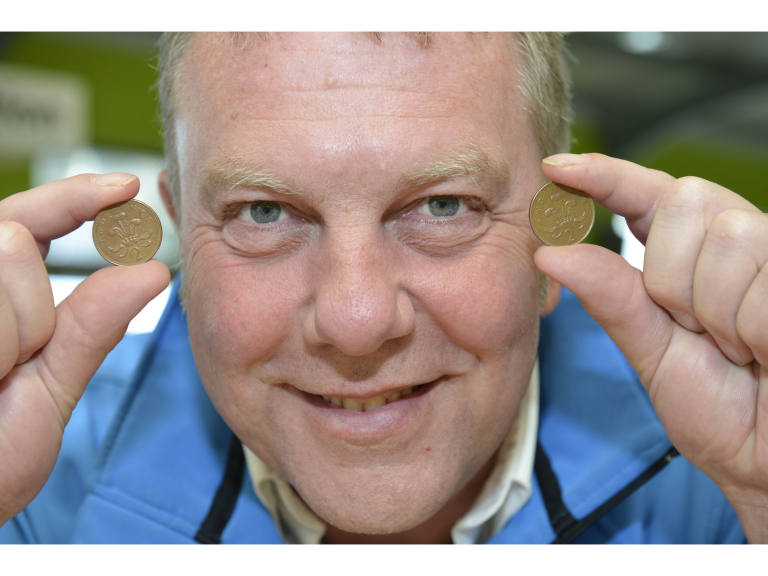 Quiz fan Stuart Edwards, who works at Shrewsbury's caravan and motorhome specialists; Salop Leisure, is to put his general knowledge skills to the test once again in front of a television audience.

Mr Edwards, a motorhomes sales specialist at Shrewsbury-based caravan dealership Salop Leisure, has been accepted to appear on the ITV game show Tipping Point, which is hosted by Ben Shephard.

Filming is due take place in London next month and Stuart, who lives in Four Crosses, is setting his sights on the £10,000 jackpot. If he wins, he plans to take his wife Elaine, who is also sales executive at Salop Leisure, back to Sydney where they were married three years ago.

He’s no stranger to television game shows, having won £1,750 prize money on The Weakest Link in 2007 and appeared with workmate Paul Callingham on the BBC One show Pointless last year.

Tipping Point sees contestants answering general knowledge questions to win counters, which they use on a large coin pusher arcade machine which releases counters worth £50 each.

Stuart said the show appealed to him because he was hooked as a child on the penny cascade arcade machines.

“You often hear people in the pub say that they could answer the questions on a television quiz show, but they never put their names forward,” he said. “I’m one of the few people that will have a go because I enjoy quiz shows.

“It would be great if I could win because I would love to take Elaine back to Sydney to visit my cousin, Kim Oliver, who organised our wedding out there three and half years ago.

“It was only supposed to be small affair, but she laid on the best wedding in the world for us and I would like to go over and take her out and say thank you.”