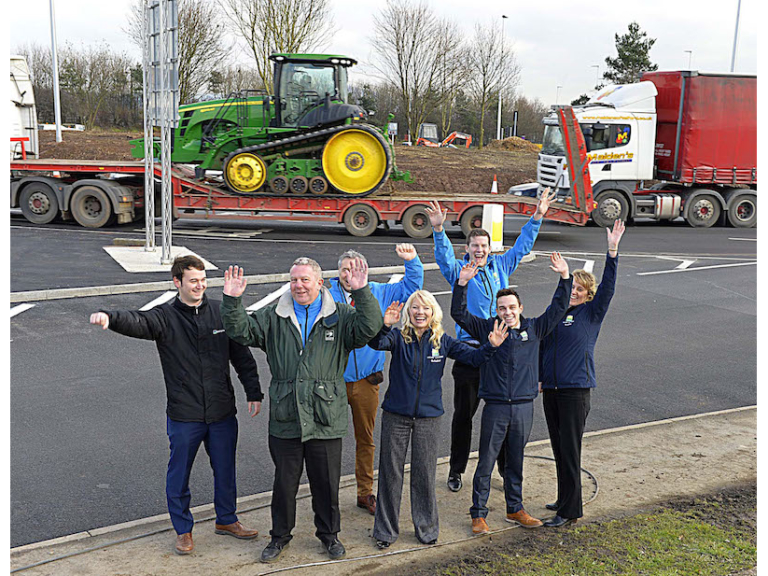 A leading Shrewsbury businessman says he’s delighted that controversial roadworks on the town’s redesigned Emstrey traffic island have finally been completed after more than a month’s delay.

Tony Bywater, chairman of award-winning caravan and motorhome dealership Salop Leisure, which has its headquarters alongside the island, has been highly critical of the delay because, he says, the confusing roadworks have driven away customers.

However, he and his staff were celebrating today as all the cones around the island were finally removed and traffic was flowing smoothly.

“We are absolutely delighted that the cones have been removed and the island is back to somewhere near normal,” he said. “It’s a tremendous boost for our company as we prepare for a really busy season.”

He explained that that many regular customers, including mothers with children, had been put off from visiting the company’s headquarters because of the disruptive and confusing roadworks.